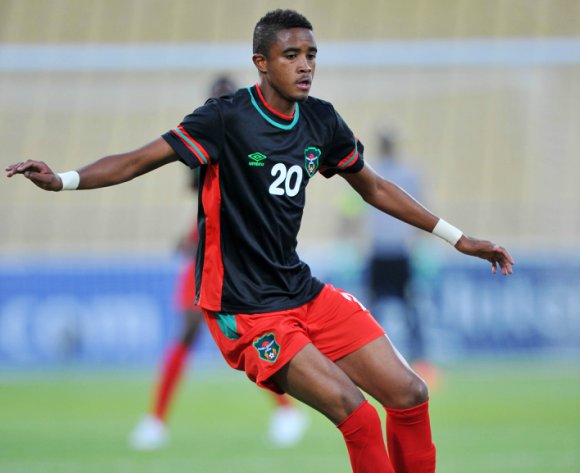 Malawi recorded their first victory in the 2017 Africa Cup of Nations (AFCON) qualifiers on Sunday afternoon.

The Flames narrowly defeated Swaziland 1-0 in a Group L game played at the Kamuzu Stadium in Blantyre.

Malawi had already been eliminated, while their visitors Swaziland had a slim chance of qualifying if they won on the day.

The only goal of the game was netted by Bidvest Wits midfielder Gerald Phiri Jr in the opening stages of the game.

The visitors found it difficult to beat Malawi goalkeeper Charles Swini on the day and in the end, the home side walked away 1-0 winners.

Despite the victory, Malawi finish fourth on the Group L standings, while Swaziland are placed second on the group log.

Malawi will be seeking their first win in the 2017 Africa Cup of Nations (AFCON) qualifying campaign when they host Swaziland at the Kamuzu Stadium in Blantyre on Sunday.

The Flames of Malawi have already been eliminated and they will not be taking part in next year's AFCON finals in Gabon.

They currently find themselves winless and placed at the bottom of Group L with two points - three behind third-placed Guinea who are also eliminated.

Ramadhan Nsanzurwimo's men will look to finish their 2017 AFCON qualifying campaign with an emphatic win over Swaziland.

Nicknamed Sihlangu Semnikati, Swaziland are hoping to make history by qualifying for AFCON finals for the first time in history.

They are currently placed second on Group L standings with eight points - three behind leaders Zimbabwe who have already qualified for the finals.

Sihlangu Semnikati will qualify for the finals as one of the best second-placed teams if they beat Malawi and Zimbabwe lose to Guinea.

Ndala Ngambo, a referee from DRC, will be in charge of the Group L encounter between Malawi and Swaziland on Sunday.