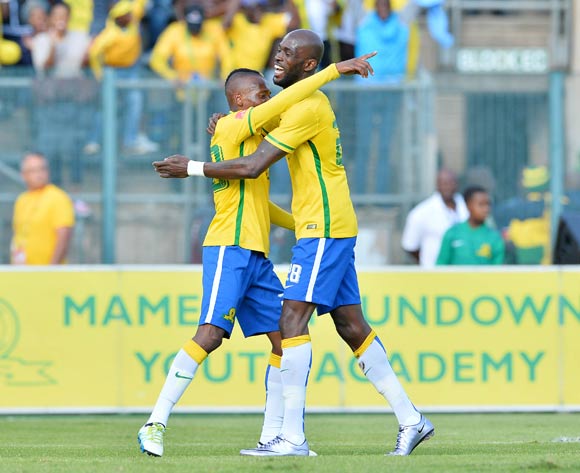 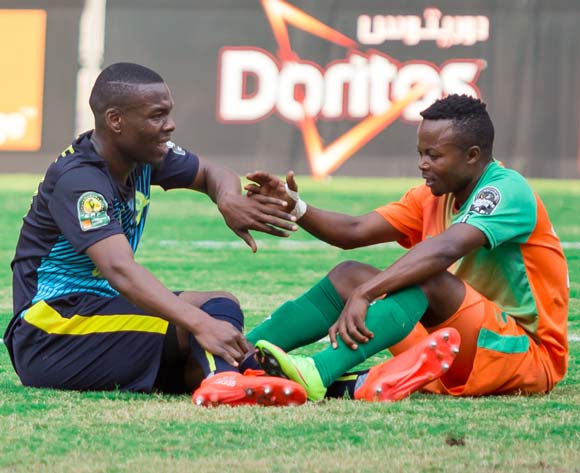 Mamelodi Sundowns are 180 minutes away from being crowned 2016 Caf Champions League champions, this after the Brazilians beat ZESCO United 2-0 (3-2 on aggregate) in the second-leg semifinal at the Lucas Moripe Stadium on Saturday evening.

Anthony Laffor and Percy Tau on target for the hosts in an action packed clash in Atteridgeville, as the South African champions successfully bounced back from defeat in Ndola to book their place in next month's showpiece.

The Brazilians will play either Wydad Casablanca or Zamalek in the final. The Egyptians hold a 4-0 aggregate lead heading into the reverse fixture in Rabat later tonight.

Having netted the goal that booked Sundowns place in the 2016 MTN8 final, Laffor proved yet again that he is the man for the big occasion. The Liberia international hammering home the opener on five minutes.

ZESCO went close to leveling matters four minutes later, but Denis Onyango - a pillar of strength in the Brazilians goal - made a good save to deny his fellow East African.

The first stanza coughed up chance after chance, and after Jacob Banda denied Keagan Dolly, Tiyani Mabunda was unlucky to see his right-footed thunderbolt canon off the crossbar and out of danger in the 44th minute.

Sundowns continued to go in search of the comfort goal and they finally bagged their second on the night in the 64th minute. Percy Tau heading home Tebogo Langerman's cross to send the home fans into delirium

With Patrice Motsepe watching on from the stands, Sundowns withstood constant pressure from Team Ya Ziko in the dying stages of the clash, as the Tshwane giants successfully booked their place in the final for the first time in 15 years.

Can Mamelodi Sundowns turn their CAF tie around?

Mamelodi Sundowns will be looking to overcome a 2-1 deficit when they host Zesco United for the return leg of their CAF Champions League semifinal tie on Saturday. The match is set to take place at the Lucas Moripe Stadium in Tshwane, kick-off at 19h00 CAT.

The first leg in Ndola last weekend saw the Zambians power to victory thanks to a brace from Jackson Mwanza. However, Khama Billiat’s away goal for the South Africans gives them real hope of turning the tie in their favour.

The Brazilians have already recovered from first-leg deficits in a couple of Champions League ties this year, ousting Zimbabwe’s Chicken Inn in the preliminary round and falling on away goals to DR Congo’s AS Vita in the second round (though they were later reinstated after Vita were disqualified).

Coach Pitso Mosimane admitted he was not happy with the first-leg result, but believes ‘Downs can still claim an outright win on aggregate and progress into the final for the first time 2001.

"It’s a one-time opportunity for us in the Champions League so we give our best,” the former Bafana Bafana mentor was quoted by the PSL website.

“It is a bit tricky because, yes we scored a goal away from home, but personally we didn't get what we wanted because we didn't want to lose. A 2-1 defeat for me is not a good result because we lost the match.

“We have to fight at home. The challenge is we must make sure we don't open up and get hit on the counter-attack. You have to try and keep a clean-sheet at home, and you have to score but that is not a guarantee. That is why I'm not happy with the result.”

His Zesco counterpart, George Lwandamina, believes trying to get a result in Tshwane will be tough, but the prospect of a Champions League final is one his team will fight to the death for.

"Look, we know we still have to do the job in Pretoria, this is a tough competition," Lwandamina explained.

"I know they scored an away goal and that doesn't mean they must celebrate, that also applies to us.

"We know teams who visited them failed to score in Pretoria like Zamalek. Yes Sundowns are a good team but that can change.

"There is nothing special in scoring an away goal, however, we know the job is not done.”

The aggregate winners will progress into the final and face either Zamalek or Wydad Casablanca over two legs on 14-16 and 21-23 October. Algerian referee Mehdi Abid Charif will handle the match in Tshwane on Saturday.