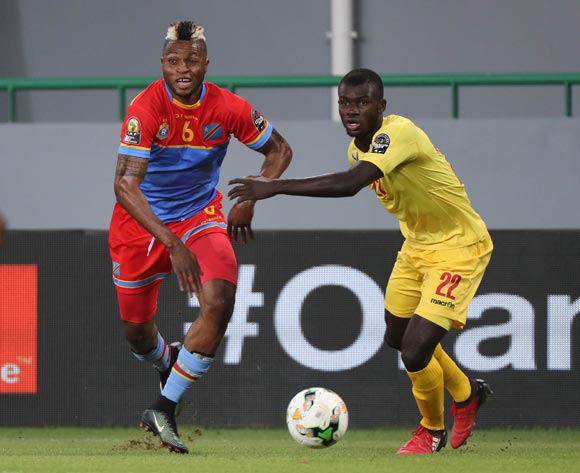 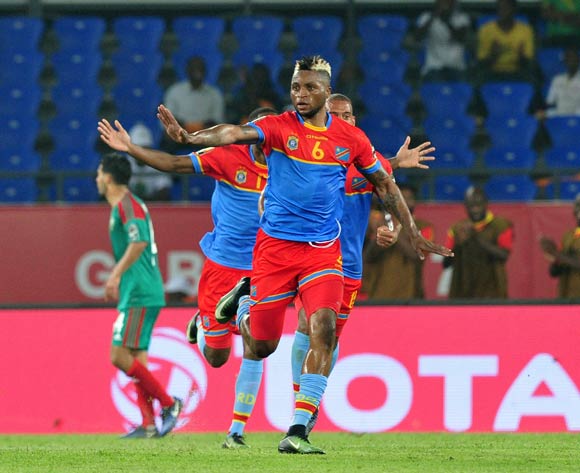 Welcome to the live play-by-play for the 2017 Africa Cup of Nations match between Togo and DR Congo at Stade de Port-Gentil.

Hello and welcome to the live commentary of the 2017 Africa Cup of Nations Group C game between Togo and Democratic Republic of Congo (DRC) at the Stade de Port-Gentil on Tuesday, January 24.
1' The match is underway!
5' The Sparrow Hawks of Togo are looking lively in the opening stages of this encounter as they look for an early goal.
15' DR Congo striker Kabananga has a chance to score, but Togo goalkeeper Tchagouni comes out to snatch the ball away.
20' 20' - Play is stopped as Togo keeper Tchagouni is down injured. It looks like he has sustained a knee injury.
23' Togo: Cedric Mensah replaces Baba Tchagouni

25' It remains goalless here at the Stade de Port-Gentil as we approach the half-hour mark.
29' Junior Kabananga (DR Congo) scores!

30' Kabananga unleashed a good left-footed shot and it went into the back of the net. That's his third goal of the tournament.
35' 35' - DR Congo midfielder Mbemba tries to double his side's lead, but his effort goes wide of the target.
40' Five minutes left on the clock for Togo to restore parity before the break.
45' Three minutes added.
45 + 3' The referee brings the first half to an end. Togo 0-1 DR Congo

46' The second half is underway
50' It is still 0-0 between Morocco and Ivory Coast in Oyem. This means DR Congo and Morocco will advance to the quarter-finals.
54' Firmin Ndombe Mubele (DR Congo) scores!

Welcome to the live play-by-play for the 2017 Africa Cup of Nations match between Togo and DR Congo at Stade de Port-Gentil.

Democratic Republic of Congo beat Togo 3-1 in the 2017 Africa Cup of Nations (AFCON) game played at the Stade de Port-Gentil in the Gabonese city of Port-Gentil on Tuesday night.

The win sees DR Congo topping Group C and qualifying for the quarter-finals, while Togo exit the tournament after finishing fourth on the group.

The Sparrow Hawks enjoyed some ball possession in the opening stages of the game, but Emmanuel Adebayor and his team-mates were struggling to penetrate the Leopards defence.

But as the game progressed DR Congo took control of the game and they broke the deadlock in the 29th minute when Junior Kabananga scored with a left-footed shot to make it 1-0 to the Leopards.

Florent Ibenge's men had more chances to extend their lead towards the half-time break, but they were unable to convert them, and the score was 1-0 at the interval.

An action-packed second-half followed as Firmino Mubele made it 2-0 to DR Congo with a footed shot from the centre of the box in the 54th minute.

Second-half substitute Kodjo Fo-Doh Laba gave Togo some hope in the 69th minute when he fired past DR Congo goalkeeper Ley Matampi to make it 1-2.

But Paul-Jose M'Poku had other ideas as he fired home from a free-kick in the 80th minute and DR Congo held on to win 3-1 on the night.

Togo and Democratic Republic of Congo (DRC) will clash in the 2017 Africa Cup of Nations (AFCON) Group C game at the Stade de Port-Gentil in the Gabonese city of Port-Gentil on Tuesday.

The Sparrow Hawks were beaten 3-1 by Morocco in their previous Group C match in Oyem on Friday. Mathieu Dossevi grabbed Togo's consolation goal.

Togo are placed fourth on the Group C standings with only one point. But they are only three points behind group leaders DR Congo.

Claude Le Roy, the Togo head coach, will be hoping that his side overcome DR Congo and other result between Morocco, and Ivory Coast go their way.

Meanwhile, DR Congo held Ivory Coast to a 2-2 draw in their previous Group C game in Oyem on Friday. Neeskens Kebano and Junior Kabananga both scored for the Leopards.

DR Congo are placed at the top of Group C standings with four points. But they are only a point ahead of second-placed Morocco.

Leopards head coach Florent Ibenge is aware of the fact that a win or draw against Togo will be enough to send his side into the quarter-finals.

The 28-year-old midfielder was one of Togo's best players during their defeat to DR Congo and he also managed to score for the Sparrow Hawks. The Greece-based winger will be hoping to inspire his side to an important victory over DR Congo.

The Congolese forward has been one of the best players in this year's AFCON finals thus far - having netted two goals for the Leopards. The 27-year-old towering striker will be keen to continue his good form for his side and help them beat Togo.