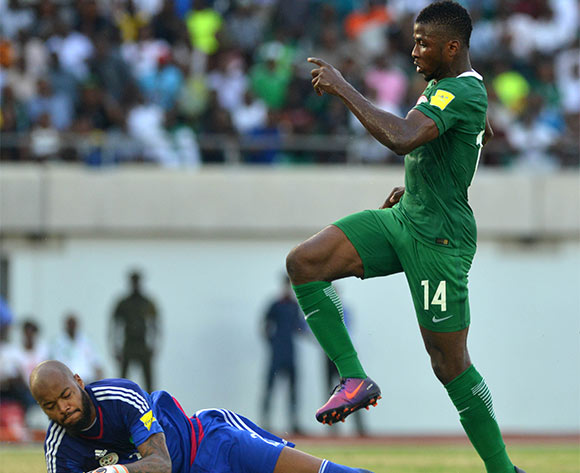 The clash between West African giants Nigeria and Cameroon is set to be the pick of the continent’s 2018 World Cup qualifying matches.

The teams will meet for their first match at the Godswill Akpabio Stadium in Uyo on Friday evening, kick-off at 18h00CAT.

Nigeria come into the clash sitting pretty at the top of Group B with a full haul of six points following wins over Zambia and Algeria in their first two matches. Cameroon are placed second on the log with two points, having played to 1-1 draws against the same opponents.

If the Super Eagles win both clashes against the Indomitable Lions (the second match is set for Yaounde on September 4), and neither Zambia nor Algeria manage to claim the full six points on offer from their two meetings, then Gernot Rohr’s team will qualify for Russia 2018 with two rounds to spare.

“To start with, we are not going into those two games with a loser mentality. We strongly believe we'll win, that is our belief, so I'm not thinking about my fate at this time. The mission is only to win our remaining matches and qualify Nigeria to the FIFA World Cup Russia,” Rohr told the Daily Trust.

The German tactician has had to deal with some selection headaches ahead of the first match in Uyo, with Arsenal star Alex Iwobi ruled out with injury and a persistent worry over which goalkeeper to select: Daniel Akpeyi, Dele Alampasu and Ikechukwu Ezenwa are all available, though none has won the trust of Nigerian fans.

As for Cameroon, they have been crowned Africa Cup of Nations champions since their last action in the World Cup qualifiers, and coach Hugo Broos will lead a squad confident of their ability to beat Nigeria in their own back yard.

Chinese-based forward Christian Basogog has no qualms in stating his side’s ambition. "Nigeria are a strong team,” he told FIFA’s website.

“They have very good players and many of them are playing in Europe. But we must defeat them if we are to maintain our qualifying hopes. We should take the game to them. We need to fight to defeat them.”

These two West African heavyweights have not been regular combatants down the years, meeting in just 18 matches across all competitions according to FIFA’s statistics database.

The record is very much in favour of the Super Eagles, who have claimed 10 wins compared to just three for the Indomitable Lions, while five matches have been drawn.

Four of those 18 matches were in previous World Cup qualification campaigns, stretching way back to 1968 (for the 1970 tournament in Mexico) and 1989 (for Italy 1990): Nigeria claimed two wins, Cameroon one, and one match was drawn.

The teams’ most recent clash was a friendly on neutral ground in Brussels on 11 October 2015: Nigeria won 3-0 thanks to goals from Efe Ambrose, Moses Simon and Odion Ighalo, while Cameroon finished the game with 10 men following the dismissal of Stephane M’Bia.

Egyptian referee Gehad Grisha will take charge of the match in Uyo on Friday. The return game is set for the Stade Ahmadou Ahidjo in Yaounde on September 4.