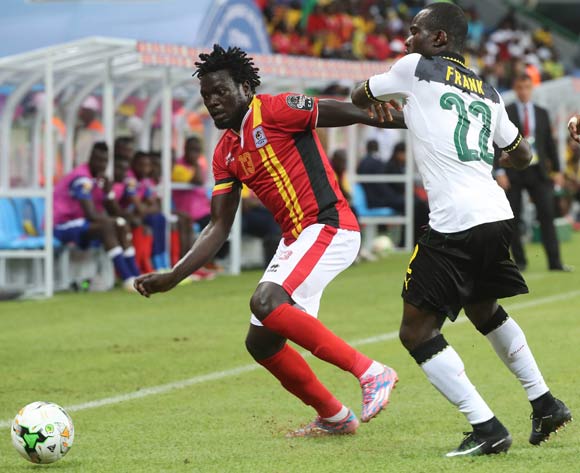 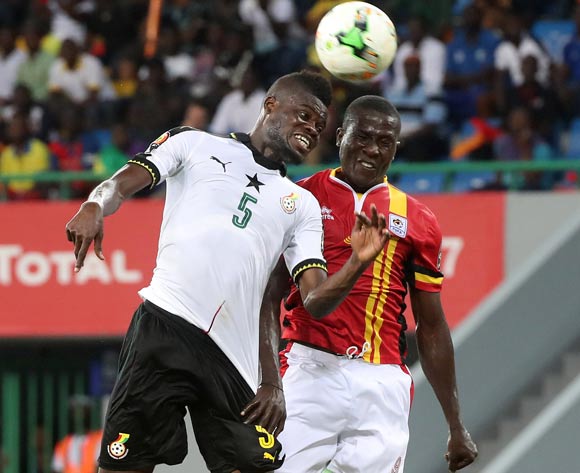 Egypt are one step closer to booking their ticket to Russia following a goalless draw between Uganda and Ghana in a Group E 2018 FIFA World Cup (CAF) qualifier at the Mandela National Stadium in Kampala on Saturday.

The result leaves both the Cranes and Black Stars reeling with the Pharaohs knowing that victory over Congo in Alexandria on Sunday will seal their place at next year's showpiece.

Egypt, who have a game in hand, lead the way on nine points. Uganda and Ghana boast eight and six points respectively after five rounds of fixtures.

Following a rather cagey start to proceedings in the Uganda capital, the game finally sparked to life in the 18th minute with chances at either end of the pitch.

Richard Ofori on his toes to deny the Cranes before Thomas Partey guided his rasping effort into the side-netting.

Ghana ended the half the stronger of the two sides and had the ball in the back of the net through captain Daniel Amartey in the 34th minute, only for his attempt to be chalked off with the assistant's flag raised for offside.

Uganda squandered a glorious chance to boost their World Cup hopes in the 65th minute as Derrick Nsibambi guided his header attempt wide with the goal at his mercy - to the shock and horror of the home fans.

The Black Stars found the back of the net with the final kick of the game, but once more the assistant's flag was raised - to the dismay of the visitors who confronted the match officials following the final whistle in protest.

Uganda will be aiming to give their hopes of reaching the 2018 FIFA World Cup in Russia a major boost, at the expense of Ghana, when the two countries lock horns at the Mandela National Stadium in Kampala on Saturday.

The Cranes sit in second spot in Group E, having accumulated seven points from four fixtures - two less than log leaders Egypt who they suffered a narrow 1-0 defeat to last time out.

Ghana are in third place with five points from four fixtures. A 5-1 thumping of Congo in Brazzaville keeping their dreams alive, albeit by the skin of their teeth.

In search of their first World Cup appearance, no one is more inspired than Uganda captain a star goalkeeper Denis Onyango, who underlined his country's desire to reach the world showpiece.

"The group is still open,"Onyango told KickOff.com. "I think it will go until the last game, but it’s important for us to win the game, which is against Ghana at home, and put pressure on Egypt because they are playing away against Ghana in the last game. Ghana won't make it easy for them.

“So for us it’s all about winning our remaining games and to see how far we can go because no one gave us a chance. We have surprised everyone,”the Mamelodi Sundowns shot-stopper concluded.

Ghana will be without several key players for the clash with Asamoah Gyan, Andre Ayew, Jordan Ayew, Thomas Agyepong, Harrison Afful, Christian Atsu and Johnathan Mensah all set to play no part in the Ugandan capital.

Head Coach, Kwesi Appiah, though remains hopeful of his team's chances having watched Thomas Partey and Richmond Boakye rise to the occasion in Congo.

“The squad is in high spirits especially after the huge win in Congo,"Appiah told Nation Sport. "We are hoping to extend that form in Kampala.

"We are not under pressure, but a win will be very positive for us. We will give it our all."

The reverse fixture in Tamale last October ended in a goalless stalemate. Onyango emerging as the hero for the Cranes.