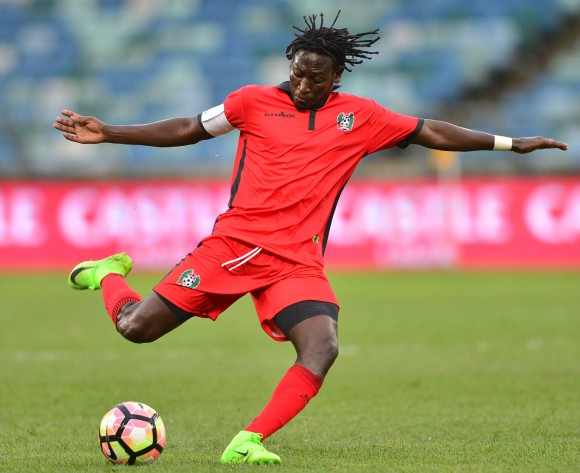 Guinea-Bissau edged out Namibia 1-0 in the 2019 Africa Cup of Nations (AFCON) qualification Group K match at the Estadio 24 de Setembro in Bissau on Saturday.

The victory takes Djurtus to the top of Group K standings with three points, while the Brave Warriors are placed fourth with zero points.

Djurtus, who were the surprise package during the 2017 AFCON qualifying campaign, broke the deadlock 24 minutes into the match.

It was Jerson, who hit the back of the net to make it 1-0 to Guinea-Bissau much to the delight of the home crowd inside the Estadio 24 de Setembro.

The Brave Warriors tried to push for the equalizing goal, but Djurtus stood firm at the back and Guinea-Bissau were leading during the half-time break.

Djurtus, who made history during the 2017 AFCON qualifying campaign by reaching the finals for the first time, continued to create chances in the second-half.

However, the home side were unable to convert their chances and ultimately, Guinea-Bissau recorded a narrow 1-0 home victory.

Guinea-Bissau out to stun Namibia

Guinea-Bissau will play host to Namibia in the 2019 Africa Cup of Nations (AFCON) qualifier at the Stadio 24 de Setembro in Bissau on Saturday.

Djurtus made history when they qualified for the 2017 AFCON finals where they failed to reach the knockout stages. It was their first appearance in the finals.

Guinea-Bissau took on South Africa in an international friendly in March 2017. South Africa beat Djurtus 3-1 at the Moses Mabhida Stadium.

Aldair Djalo Balde, who netted for Guinea-Bissau against South Africa, will be eager to score and help side beat Namibia in a Group K match.

Meanwhile, Namibia have made two appearances in the AFCON finals. They were knocked out of the 2008 finals after finishing at the bottom of their group.

The Brave Warriors' last match was against Senegal in the 2017 AFCON qualifier last September. Senegal beat Namibia 2-0 in Dakar.

Benson Shilongo is a key striker for the Brave Warriors and he will be hoping to inspire his side to victory over Guinea-Bissau in a Group K clash.

Group K also includes Zambia and Mozambique, and the two sides will meet at the Levy Mwanawasa Stadium in Ndola on Saturday.