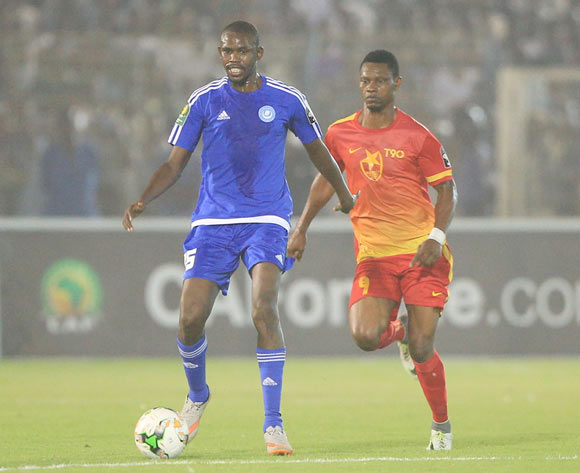 A 93rd minute goal from Hameur Bouazza handed Tunisian side Etoile Sahel a 2-1 win over Sudanese side Al Merreikh in a CAF Champions League, Group A match at the Al Merreikh Stadium in Omdurman on Tuesday night.

The victory makes it two from two for Etoile Sahel who now top Group A with six points followed by Al Hilal Omdurman in second place with two points after they played to a goalless draw against Ferroviario Da Beira earlier on Tuesday.

Al Merreikh are third in the group with a point to their name followed by bottom placed Ferroviario Da Beira, also on a point but with an inferior goal difference.

The Tunisia side started the better of the two teams on the night and controlled the flow of the match, but for all their possession they struggled to break down a well-organised Al Merreikh defence.

Finally, in the 34th minute Etoile Sahel made their first half dominance count when Diogo Acosta found the back of the net to give them a 1-0 lead going into the break.

The home side showed more of a fight after the break and quickly managed to pull level courtesy of a goal from Bakri Al Madina in the 52nd minute, 1-1.

The match had a nice flow after that with both teams pushing forward in search of another goal, but both were poor in the final third and wasted decent scoring chances.

The match looked to be heading towards a stalemate before Etoile Sahel stole victory in the dying seconds of the tie with a goal from substitute Hameur Bouazza who had only been on the field for four minutes, 2-1.

Al-Merrikh out to stun Group A rivals Sahel

Al-Merrikh will welcome Etoile du Sahel in the 2017 CAF Champions League Group A match at the Al-Merrikh Stadium in Omdurman on Tuesday.

Al-Merrikh held their local rivals Al-Hilal to a 1-1 stalemate in their first group match in Omdurman earlier month.

The draw sees the Sudanese giants placed second on the Group A standings with one point. They are two points behind group leaders Sahel.

Bakri Al-Madina, who has four goals in this year's tournament, will be looking to score more goals for Al-Merrikh and help his side beat Sahel.

The victory sees the Tunisian giants placed at the top of Group A standings with three points. They are two points above third-placed Al-Hilal.

Diogo Acosta has scored three goals in this year's tournament and he will look to inspire Sahel to victory against Al-Merrikh.

Rédouane Jiyed, a match referee from Morocco, will be in charge of the encounter between Al-Merrikh and Sahel.