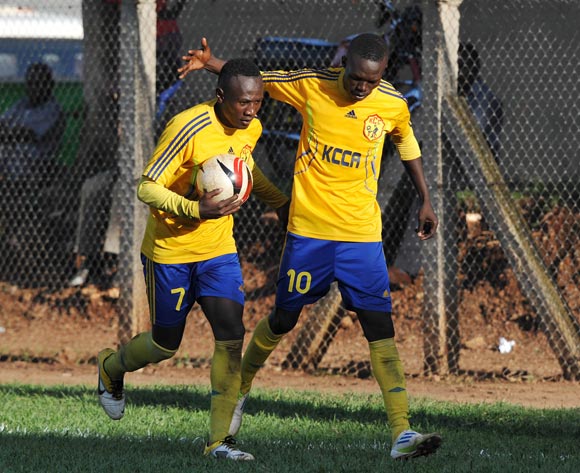 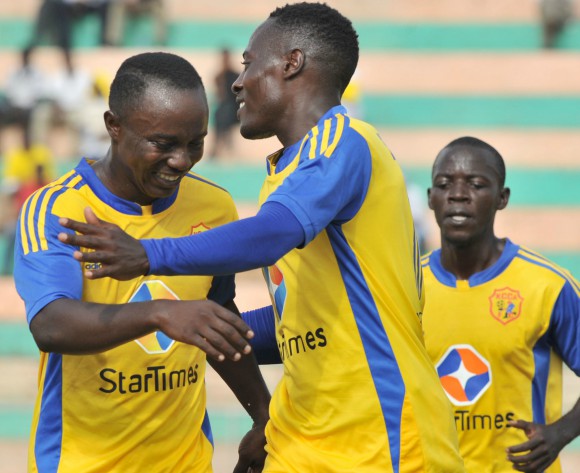 The win for the hosts sees them placed at number three in the group with three points from two matches so far and will face Rivers United at home in June.

Although the hosts went into the encounter targeting the full three points, they allowed the Tunisian giants to find the back of the net.

However, Africain were the first to draw blood when Mokhtar Belkhiter netted in the 20th minute after an assist by Ahmed Khalil to unsettle their hosts.

Despite numerous efforts to find an equaliser, it took Mike Mutebi's men the entire first half as they struggled to unlock the hosts defence.

On the stroke of half time, Nsimbambi finished David Okot's assist in the injury time of the first half to make it 1-1 before the interval.

In the second stanza, the Ugandan Premier League champions came back with renewed energies as they scored their leading goal.

The Ugandans managed to keep their lead as they marched away with their first full three points in the group stages.

For the visiting Tunisian outfit, the loss sees them sitting at number two with three points and their next match will come against FUS Rabat away in June.

KCCA out to beat Africain in Kampala to earn first win

Ugandan giants Kampala Capital City Authority (KCCA) are motivated to stamp their authority in the CAF Confederation Cup as they welcome Club Africain on Tuesday.

The Bankers are in high spirits having retained their Ugandan Premier League trophy, but a continental club competition is a different ball game.

Hosting a Tunisian giant in Africain has its own challenges, but coach Mike Mutebi has learned his lessons in their loss to FUS Rabat a fortnight ago in their first match of the competition.

KCCA lost 3-0 to Rabat away and now remain placed at the bottom of the standings with zero points from one match.

Coming to this encounter, skipper Habib Kavuma said the Ugandan side remains confident of their progress to the knockout stages.

“The first game at home, we have to capitalize. The team (FUS Rabat) was good and learnt a lot from them and hope when we go back home, we will improve on our mistakes,” said Kavuma.

“So we tried to work hard but lost the game. Now we have to work on our mistakes which we made yesterday so that we can win our other games.”

To the visitors, Africain have three points next to their name after a win over Rivers United and they are targeting their second win.

The Tunisians occupy the second spot, behind Rabat, with three points and a win will certainly boost their knockout qualification hopes.

Having reached the final in 2011, Africain manager Chibeb Ellili will have to work on his players to avoid complacency and respect the so-called minnows in KCCA.

The encounter is scheduled to get underway at Mandela National Stadium in Kampala at 18:00 (CAT).