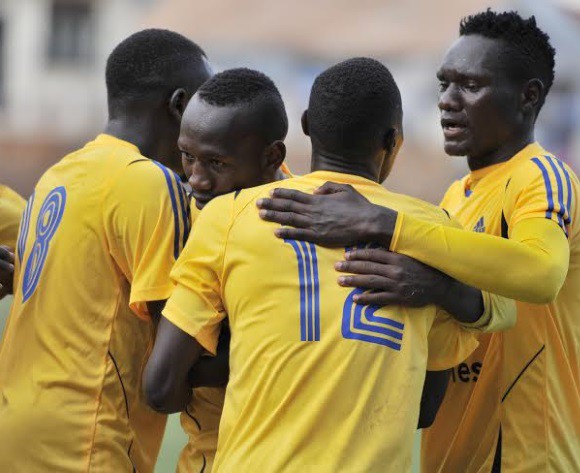 KCCA too strong for Rabat

Kampala Capital City Authority claimed a 3-1 win over FUS Rabat in their CAF Confederation Cup, Group A match held at the Phillip Omondi Stadium in Kampala on Sunday.

In the wake of the victory, the Ugandan giants now sit at nine points at the top of the group and will wait for the result between Rivers United and Club Africain later on Sunday.

However, they still have to meet Club Africain to wrap up their group stage assignments on Friday, July 7 in Tunisia and ensure they reach the knockout stages.

The Ugandans went into the encounter hoping to bag a win as they wanted to avenge their 3-0 loss at the hands of their visitors in the first round.

It was 1-0 at half time for the Ugandans after Sserunkuma's opening goal.

In the second half, they managed to bang in two goals through Saddam and Muleme.

With just five minutes remaining on the clock, Lamina Diakite pulled one back for the visitors after an assist from Mehdi Bettache.

For the Moroccans, the defeat leaves them sitting at number two in the group with six points from five matches.

On the other hand they will now hope to beat Nigerian side Rivers United in their final group match at home next weekend, July 7.

Uganda Premier League side, Kampala Capital City Authority will want to retain the full three points as they host FUS Rabat on Sunday in their CAF Confederation Cup tie.

KCCA coach Mike Mutebi will push his defence to close the back door as they have conceded seven goals from four matches.

Although all teams in Group A have six points each, they are separated on goal difference and this means KCCA will have to win and not concede goals at the same time.

The Ugandans recently succumbed to a 2-1 loss at the hands of Rivers United in Nigeria and this encounter puts them under pressure to win at home.

Although they lost the opening match 3-0 in Morocco against FUS Rabat, they now have to find a way to avenge that defeat.

Looking at the Moroccans, Rabat are sitting at the top of the table with six points but have only conceded four times whilst netting six times.

Heading to the Kampala-based outfit, Rabat will definitely seek a victory to make it two wins over their hosts in the competition.

Although they are coming from a 2-1 loss against Club Africain of Tunisia, the encounter in Uganda means there will be goals as both camps will need to win on Sunday.

The highly anticipated clash will be staged at the Phillip Omondi Stadium in Kampala on Sunday, getting underway at 15:00 (CAT).