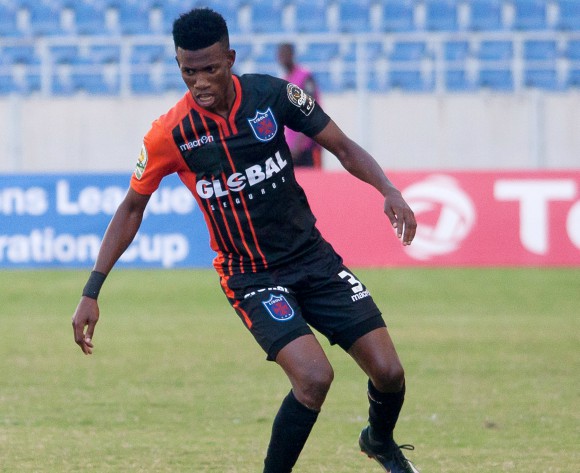 Angolan side Recreativo Libolo earned their second win in the group stages of this season’s CAF Confederation Cup after beating Zambia’s Zesco United 3-0 at the Estado de Calulu in Luanda on Tuesday.

The win sees Recreativo Libolo up to six points in Group C, joint with Zesco United who suffered their second loss in the competition.

The other Group C game between Al-Hilal Al-Ubayyid and Smouha will take place later on Tuesday night with both teams equal on four points.

The match in Luanda on Tuesday saw the home team off to the perfect start with Gitel Jusly Boukama-Kaya opening the scoring in the ninth minute, 1-0.

Recreativo Libolo continued to pile on the pressure after taking the early lead, but despite controlling the possession stakes their finishing in front of goal was poor which resulted in the half ending 1-0 in favour of the home side.

The second half saw Recreativo Libolo much more clinical in front of goal and they managed to double their lead in the 77th minute courtesy of a second goal from Gitel Jusly Boukama-Kaya, 2-0.

The icing on the cake for the home side was their third goal in the 82nd minute courtesy of a penalty strike from Fabricio, 3-0.

After scoring their third goal Recreativo Libolo took their foot off the pedal and cruised to victory.

Recreativo do Libolo will be aiming for revenge when they host Zambian side, Zesco United in honour of their CAF Confederation Cup match on Tuesday.

The Angolans are facing a tough assignment as this match is a must win, especially playing at home.

Libolo have only bagged one win in Group C so far over Al-Hilal Ubayyid and lost twice to SC Smouha and to Team Ya Ziko respectively.

In their recent outing to Lusaka, they succumbed to a 1-0 loss to the 2016 CAF Champions League semi-finalists.

They now occupy the bottom of the group with three points from one victory. A failure to win this contest will end their hopes of reaching the knockout stages.

Looking at the visiting Zambians, Zesco are leading the group with six points and will go out to consolidate their top spot.

Zlatko Kromptic's men are in high spirits having bagged two wins over Smouha and Libolo, but lost 1-0 to Al-Hilal Al-Ubayyid away.

Coming to this match, a draw could be seen as a setback because they are out to open the gap on the log table – a win will take them to nine points to boost their knockout stage qualification hopes.

Estádio Municipal de Calulo in Calulo is the venue for the match set to get underway at 16:00 CAT.