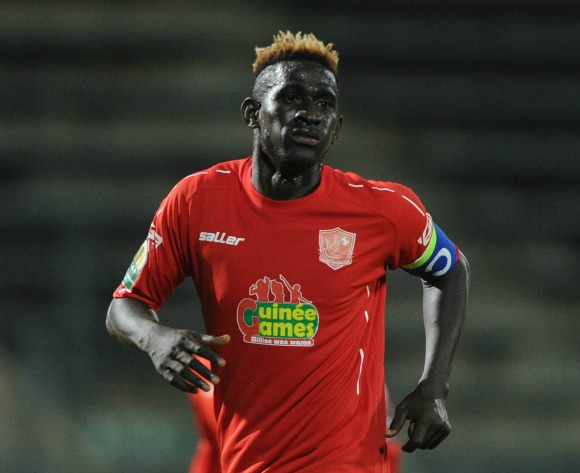 The win takes the Guinean club to the top of Group D standings with eight points, while Gabon's Mounana remain at the bottom of the table without a single point.

The home side dominated the early stages of the match, but they were struggling to convert their chances in front of their passionate fans.

Ocansey Mandela Amamoo set-up his Horoya teammate Daouda Camara in the 39th minute, and the latter missed the target.

The score was 0-0 during the half-time break thanks to the Mounana defence which had contained the Horoya attackers in the first-half.

Rick Allogho Mba was introduced in the 59th minute by the Mounana technical team as the visitors looked to break the deadlock.

However, it was the home side, who scored with nine minutes left on the clock through Sekou Ahmed Camara and ultimately, Horoya emerged 1-0 winners.

H.A.C defeated Mounana 1-0 in their previous Group D match which was played at the Stade d'Angondje in Libreville almost three weeks ago.

The win left the Guinean side placed third on the Group D log with five points. They are only behind group leaders SuperSport United on goal difference.

Horoya remain undefeated in the group stage having recorded two draws and one win. They drew with TP Mazembe and SuperSport.

Sekou Ahmed Camara, who scored for H.A.C against Mounana, will be looking to score again and help his side move to the top of the Group D standings.

Meanwhile, Mounana's defeat to Horoya left the Gabonese side placed fourth on the Group D standings without a single point.

CFM are still winless in the group stage having recorded three consecutive defeats. They lost to Mazembe, SuperSport and Horoya.

Hamidou Sinayoko, who scored for Mounana during the 5-3 defeat to SuperSport, will be keen to inspire CFM to their first Group D victory on Tuesday.

Ghanaian referee Daniel Nii Ayi Laryea will be in charge of the encounter between Horoya and Mounana.