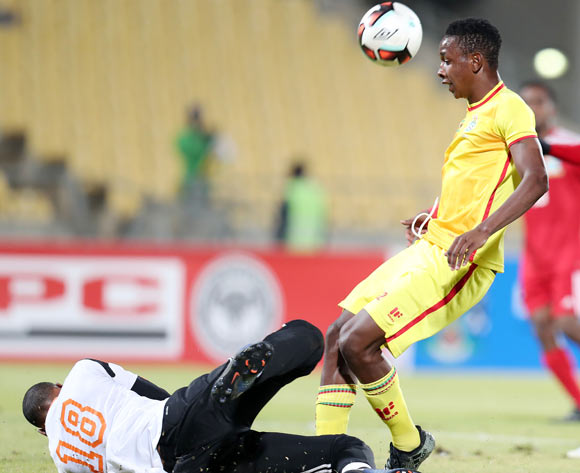 Romeo Barra of Seychelles challenges by Prince Dube Mpumelelo of Zimbabwe during the 2017 Cosafa Castle Cup match between Zimbabwe and Seychelles at the Royal Bafokeng Stadium, Rustenburg South Africa on 30 June 2017 ©Muzi Ntombela/BackpagePix 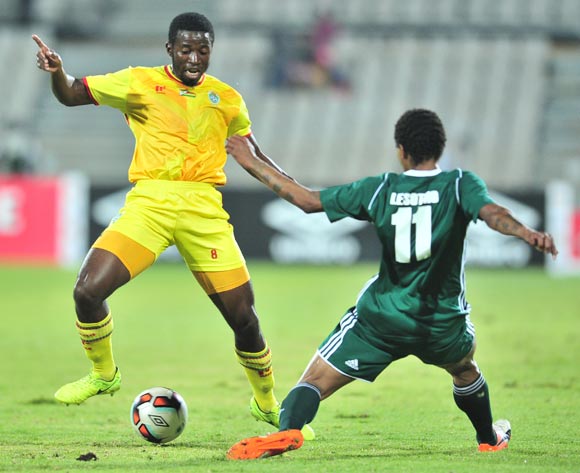 Namibia sneaked into the final round of qualifying for the 2018 African Nations Championship after beating Zimbabwe 5-4 in a penalty shoot-out after their two legged qualifier finished 1-1 on aggregate.

The first leg between the two nations ended 1-0 in favour of Namibia at the Sam Nujoma Stadium in Windhoek last weekend thanks to a goal from Hendrik Somaeb.

On Sunday, July 23 at the National Sports Stadium in Harare, Zimbabwe managed to run out 1-0 winners thanks to a strike from Prince Dube, leaving the aggregate score 1-1 after two legs.

This resulted in the two nations going into a penalty shoot-out to decide who would progress to the next stage of qualifiers – Namibia showed nerves of steel to win 5-4 on penalties.

Namibia will now face either Comoros in the final phase of qualification to reach CHAN 2018 in Kenya.

Comoros progressed to the final round of CHAN qualifying following a 2-1 aggregate win over Lesotho on Sunday.

Zimbabwe will be eager to set the record straight when the welcome Namibia to the National Sports Stadium in a second leg, second round 2018 African Nations Championship (CHAN) Southern Zone qualifier on Sunday.

Kick-off in Harare is scheduled for 15h00 CAT.

Hendrik Somaeb scored the only goal of the game as Namibia recorded a 1-0 victory over the Warriors at the Sam Nujoma Stadium in Windhoek last week.

The Brave Warriors, though, can expect a different sort of game in the Zimbabwean capital as the hosts set their sights on a fifth successive CHAN Tournament, having recently claimed the 2017 COSAFA Cup title.

Thulani Sibandze of Swaziland will officiate the clash.

The aggregate winners will take on either Comoros or Lesotho in the final qualifying phase.