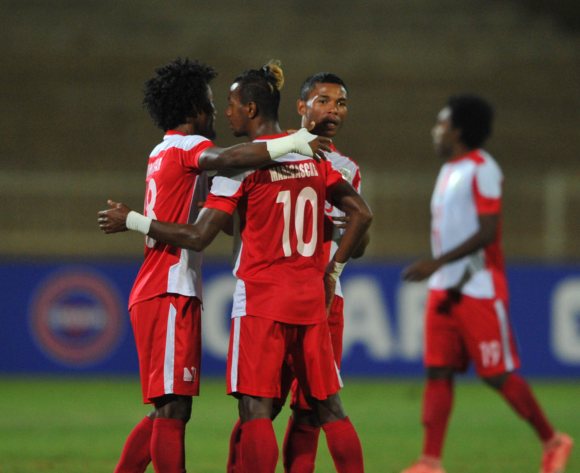 Madagascar recored a surprise 1-0 win over Equatorial Guinea in a 2019 Africa Cup of Nations qualifier at the Estadio de Bata in Bata on Saturday.

Victory moves the Islanders a step closer to a first Afcon appearance. Barea, who stunned Sudan 3-1 in Al-Ubayyid before holding heavyweights Senegal to a 2-2 draw in Antananarivo, top Group A with seven points after three matches.

Defeat leaves Nzalang Nacional on three points from their allotted matches, and in desperate need of a win next week to keep their Afcon hopes alive.

Equatorial Guinea and Madagascar will be out to give their respective hopes of qualifying for the 2019 Africa Cup of Nations a major boost when they lock horns at the Estadio de Bata in Bata on Saturday.

Senegal are clear favourites to qualify for next year's showpiece in Cameroon as group A winners, but second spot is up for grabs.

Sudan's poor start has opened the door for Equatorial Guinea and Madagascar who have impressed thus far.

The Island nation recorded a surprise 2-1 win over Sudan in Al-Ubayyid last year, before coming from a goal down on two occasions to hold the Teranga Lions to a 2-2 draw.

Equatorial Guinea suffered a heavy 3-0 defeat in Dakar, but bounced back to winning form with a 1-0 victory over Sudan last time out thanks to a goal from Emilio Nsue.

In two previous meetings between the two sides, either have claimed a win apiece.

The reverse fixture at the Vontovorona Stadium in Antananarivo will take place on Tuesday.