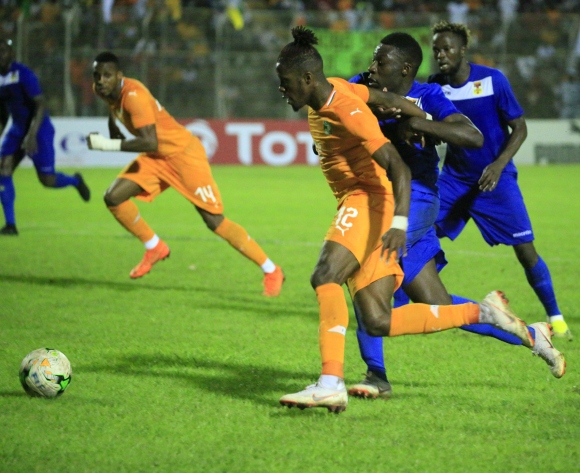 Ivory Coast will have to wait until next month to secure qualification for the 2019 Africa Cup of Nations after they were held 0-0 by Central African Republic at the Barthelemy Boganda Stadium in Bangui on Tuesday.

The result leaves the Elephants in second place on the Group H standings with seven points, while the Wild Beasts are third with four points. Guinea top the log with 10 points and Rwanda are bottom with one point – the two drew 1-1 in their match in Kigali on Tuesday.

Ivory Coast fielded an attacking line-up, with the likes of Maxwel Cornet, Max Gradel and Jonathan Kodjia in their forward line, while CAR continued to put their faith in Valencia midfielder Geoffrey Kondogbia, who switched his international allegiance from France and made his debut this past weekend.

The Elephants enjoyed slightly more of the play through the first half, though they were often caught offside by the Wild Beasts’ defence, which was looking to make amends for the 4-0 defeat they suffered in Bouake on Friday.

CAR mostly looked to play on the counter, though they were only able to call goalkeeper Sylvain Gbohouo into action a couple of times.

Yet the real reason for the lack of goals was the poor state of the pitch at the Barthelemy Boganda Stadium, which made it virtually impossible to play a passing game. While this may have helped nullify the strong Ivorian attack, CAR were also stymied and saw their only real chance turned away by Gbohouo in the dying minutes.

The match ended in a goalless stalemate, with neither the Wild Beasts nor the Elephants able to find the back of the net. The teams will return to AFCON qualifying action next month, with CAR away to Rwanda and Ivory Coast visiting West African rivals Guinea.