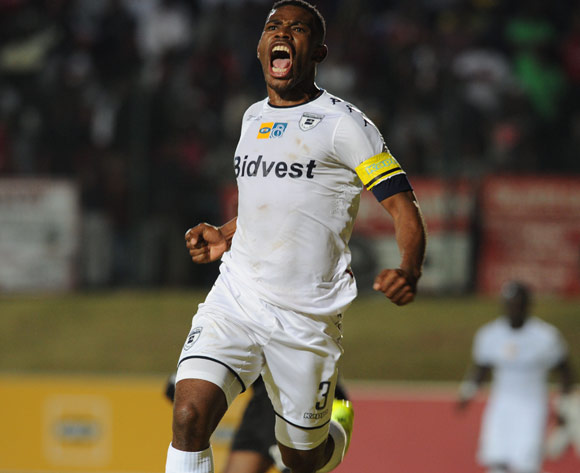 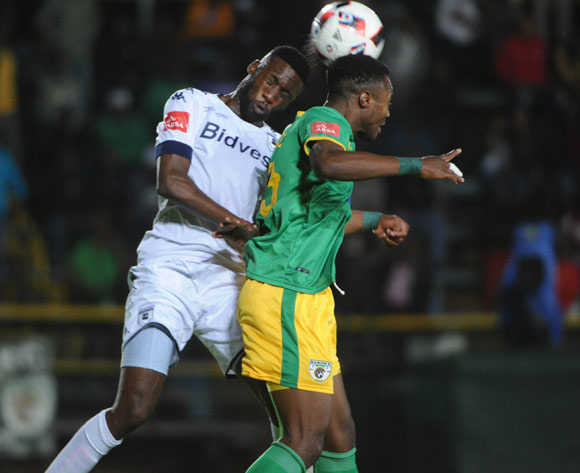 Welcome to the live play-by-play for the MTN8 2017 match between Bidvest Wits and Golden Arrows at Bidvest Stadium.

15' Josephs produces a good save to deny Arrows full-back Dube as the visitors look to double their lead.
22' Slavko Damjanovic (Bidvest Wits) is sent off.

30' Arrows have taken a surprise lead as we reach the half-hour mark here in Braamfontein, Johannesburg.
35' Play is stopped as Wits midfielder Claasen, who is also making his competitive debut for the Clever Boys, is down injured.
40' Play has resumed and Wits are pressing Arrows as the half-time break approaches.
45 + 4' Danny Phiri (Golden Arrows) is sent off.

55' Pule's curling effort from a free-kick outside the Arrows box is easily saved by Gumede.
61' James Keene (Bidvest Wits) scores!

105' The referee blows for the end of the first period of extra time.

115' Wits are dominating possessing as they look to unlock the Arrows defence.
120 + 2' The referee blows for the end of the second period of extra time.

Welcome to the live play-by-play for the MTN8 2017 match between Bidvest Wits and Golden Arrows at Bidvest Stadium.

Bidvest Wits overcame Golden Arrows 4-3 on penalties following a 2-2 draw in the 2017 MTN8 Cup quarter-final match at the Bidvest Stadium in on Friday night.

The win sees the defending champions Clever Boys progress into the semi-finals, while Abafana Bes'thende have been eliminated from the competition.

The Clever Boys were then reduced to 10 men when debutant Slavko Damjanovic was showed a straight red card for a dangerous tackle in the 20th minute.

It was soon 2-0 to Arrows as Wayde Jooste set-up Mahachi, who made no mistake as he beat Wits goalkeeper Moeneeb Josephs in the 24th minute.

But James Keene managed to pull one back when he converted from the spot-kick two minutes later after Wits were awarded a penalty.

Arrows were also reduced to 10 men after Danny Phiri received his second yellow card just the before the half-time break. The score was 2-1 to Arrows at the interval.

The Clever Boys dominated the second-half and they managed to restore parity a minute after the hour-mark with the Abafana Bes'thende defence exposed.

A cross from Reeve Frosler found his teammate Keene, who then hit the back of the net from close range making it 2-2 - grabbing his brace in the process.

Second-half substitute Frank Gabadinho Mhango almost scored with his first touch in the 76th minute, but his header was blocked in the line.

Abafana Bes'thende stood firm in the dying minutes of the match and the encounter ended in a 2-2 draw in regulation time, and extra-time followed.

Arrows nearly grabbed a goal in extra-time when Nduduzo Sibiya unleashed a powerful low shot from range and Josephs brilliantly parried the ball away - keeping his side in the game.

The visitors then lost another man after Arrows defender Siyabonga Dube was given a straight red card. But nine-men Arrows contained Wits and ultimately, the match went into a penalty shootout.

However, Wits converted four penalties, while Arrows missed three and the former emerged 4-3 winners on penalties.

Bidvest Wits will look to defend their MTN8 title and face a quarterfinal clash against Golden Arrows at Bidvest Stadium on 11 August 2017, kick-off at 20h00.

Wits enjoyed a fantastic 2016/17 season: not only did they win their first league title by finishing atop the Absa Premiership, but they also claimed the MTN8 title by overpowering Mamelodi Sundowns in the final.

The Clever Boys’ other cup showings were not quite so successful, as they exited the Telkom Knockout at the last 16 stage after losing to Free State Stars, while in the Nedbank Cup they were eliminated in the second round (on penalties) by lower league Jomo Cosmos.

Wits’ triumph in last year’s MTN8 was their third Top Eight title, adding to trophies won in 1984 and 1995.

Golden Arrows exceeded expectations in the PSL by finishing in eighth place, keeping themselves above big names like Platinum Stars, Ajax Cape Town and Orlando Pirates.

In cup competitions, Abafana Bes’thende disappointed by exiting the Telkom Knockout in the first round, but in the Nedbank Cup they got as far as the semifinals and were unlucky to lose 1-0 to Orlando Pirates, having beaten three top flight sides en-route to the last four.

Wits and Arrows have met in just one previous cup match, a last 16 clash in the 2013 Telkom Knockout which saw the Durban side claim a thrilling 3-2 victory. This was also Abafana Bes’thende’s last win over Wits.

Overall, the teams have clashed in 29 matches across all competitions since 2001/02. The Johannesburg side has claimed 17 wins compared to five for their counterparts from Durban. Last season the Clever Boys held the KZN club 0-0 in Durban and won the return game in Johannesburg 3-0.