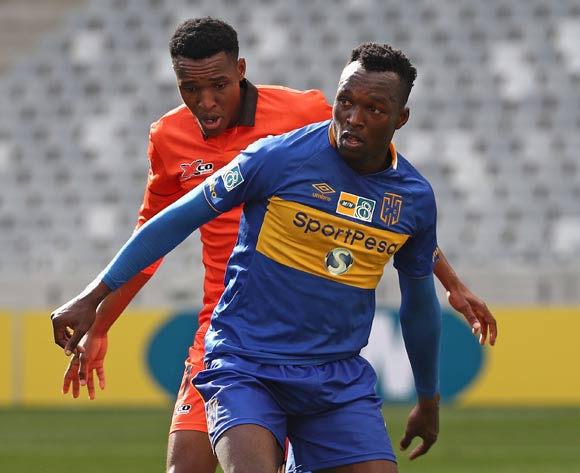 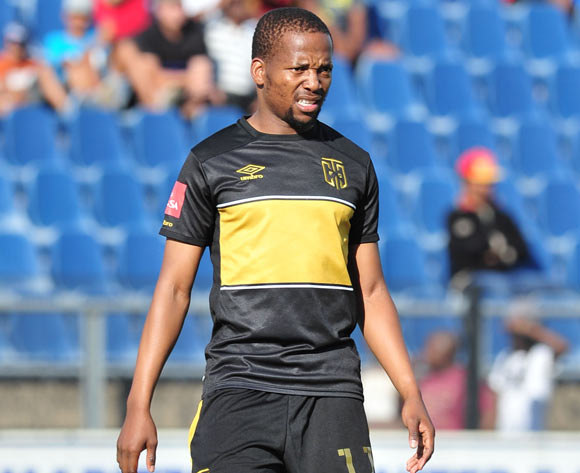 1' The match is underway!
2' The first chance of the match sees Majoro with a sight of goal, but his left-footed attempt from a tight angle hits the side netting.
4' Mngomezulu pulls a shot/cross that skips across the penalty area but doesn't threaten CTC's defence. End-to-end stuff so far.
7' Both teams very eager to hit on the break and possession is being turned over regularly in these opening minutes.
9' Maphoko Seabi (Polokwane City) is cautioned.

11' Masina whips in a cross from the right, but it's straight at Chigova, who makes an easy catch and sends Polokwane away on the counter attack.
14' The hosts are settling into a pattern of possession, with Polokwane happy to sit back for now.
15' Manyama with a great pass to put Majoro in on goal, but the striker's quick attempt is comfortably saved by Chigova!
19' Polokwane's Tlolane is incorrectly flagged offside, robbing the visitors of a good scoring chance.
23' Up the midway point of the first half, still goalless between the 'Citizens' and 'Rise and Shine'.
25' Super skill from Mngomezulu to skip past Dove, before his cross is put behind for a corner kick. The set piece from captain Maluleke is well defended by CT City.
26' Cape Town have a goal ruled out for offside after Majoro taps-in from Lakay's low cross... TV replays suggest the hosts were hard done by.
28' Manyama free in the box with a clear sight of goal, but he slips at the vital moment and the chance is gone!
29' Thamsanqa Mkhize (Cape Town City FC) is cautioned.

33' Polokwane with a free kick out wide on the right. Maluleke tries to pick out Seabi at the far post, but his effort has too much on it.
34' Ramagalela cuts inside from the left and shoots from within the box, but Johannes makes a vital block!
37' Putsche with a sight of goal, but his low effort is blocked by Mbonani!
38' Sibusiso Mbonani (Polokwane City) scores an own goal.

39' CTC claim the lead through an unlikely source, as poor Mbonani tries to cushion a header back to his goalkeeper but puts a looping effort over Chigova for an own goal!
40' Lakay with a snap shot from just outside the box, but the ball skips well wide of the mark.
42' Sibusiso Mbonani (Polokwane City) is cautioned.

45' Mngomezulu arrives late to meet a low cross, but Dove does just enough to ensure the winger's effort is spooned over the crossbar.
45 + 1' This time Mbonani does well at the other end to prevent Putsche having a tap-in from Masina's excellent cross.
45 + 2' The referee brings the first half to an end.

46' The second half is underway
49' Tlolane gets in behind the defence from the left of the penalty area and is denied from a tight angle by goalkeeper Walters!
52' Masina looks to get a header on target, but he's flagged offside.
53' Seabi makes a vital intervention in defence as Lakay's cross from the left almost hands Majoro a clear scoring chance.
55' Majoro with a sight of goal after he sneaks between two defenders, but his effort is straight at Chigova.
56' Polokwane City: Lorence Vilakazi replaces Salulani Phiri

60' Up to the hour mark, Cape Town City still enjoy a 1-0 lead after Mbonani's first-half own goal.
61' Semenya overcooks a cross when Ramagalela would have had a simple finish at the far post!
65' CTC appeal for a penalty after Manyama's shot is half blocked by a defender's hand, but the referee isn't interested.
66' Cape Town City FC: Ayanda Patosi replaces Sibusiso Masina

69' Patosi with a chance, his shot is saved by Chigova... the rebound falls for Lakay, who drags his effort wide of the target!
71' Less than 20 minutes of regulation time left. Will the hosts' missed chances come back to haunt them?
75' Polokwane's Tlolane is receiving some treatment for cramp. The visitors are readying two substitutes...
77' Manyama breaks away on the counter, plays in Majoro... who is denied by Chigova!
78' Polokwane City: Thobani Mncwango replaces Puleng Tlolane

87' Manyama goes down with cramp, no doubt looking to eat up a bit of time for his team.
90' There will be five minutes of added time.
90 + 1' Cape Town City FC: Ebrahim Seedat replaces Lebogang Manyama