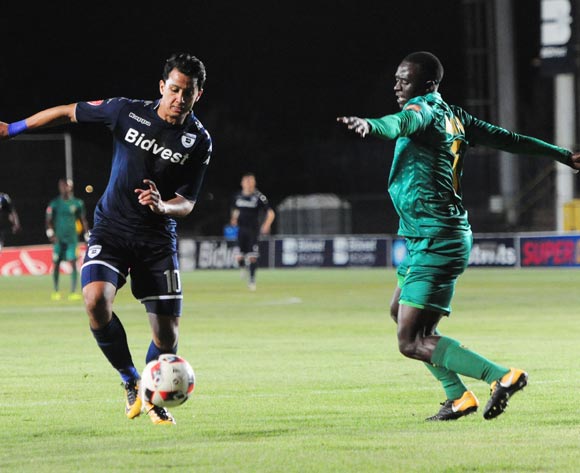 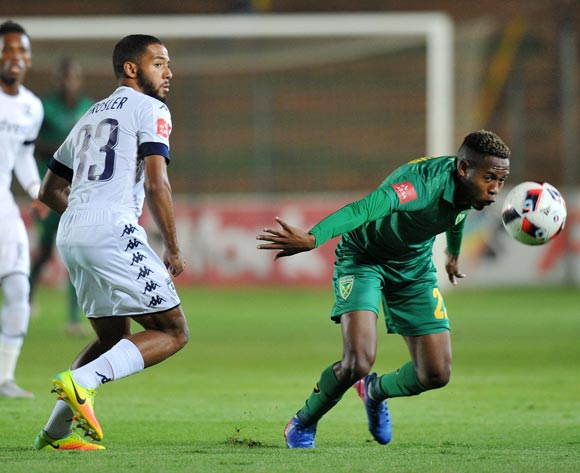 Welcome to the live play-by-play for the ABSA Premiership 2017/18 match between Bidvest Wits and Golden Arrows at Bidvest Stadium.

Welcome to the live play-by-play for the ABSA Premiership 2017/18 match between Bidvest Wits and Golden Arrows at Bidvest Stadium.

Bidvest Wits’ stuttering start to the 2017/18 season continued on Wednesday night when they were beaten 3-1 by visitors Golden Arrows at the Bidvest Stadium.

The Absa Premiership champions have yet to win a match outright this season, and despite a league debut goal from Amr Gamal they succumbed to an Abafana Bes’thende team which had more power, speed and hunger for the three points.

Arrows had a strong shout for a penalty as early as the third minute when the speedy Kudakwashe Mahachi tore open Wits’ defence before tumbling under a challenge from Ben Motshwari, but the referee ignored their appeals.

That incident set the tone for a fast-paced, end-to-end first half in which the teams traded scoring chances - and some robust challenges.

The hosts should have claimed the lead in the 24th minute when Amr Gamal took advantage of mistake from Limbikani Mzava to tee up strike partner Frank Mhango, but the Malawian fluffed his chance and failed to test goalkeeper Nkosingiphile Gumede.

Arrows always looked dangerous due to their pace and power, and on 33 minutes Siphelele Magubane showed plenty of both to get the better of Siphelele Ntshangase down the left before handing Lerato Lamola a tap-in to put the visitors 1-0 up.

Just four minutes later the Clever Boys almost equalised, with Mhango denied by a superb save from Gumede, but the keeper was beaten less than 60 seconds later as Gamal turned the ball home from close range after great set-up work by his fellow forward, 1-1.

Wits coach Gavin Hunt opted for a double change at the start of the second half, sending on veteran Nazeer Allie and the mobile, attack-minded Kobamelo Kodisang.

The latter was at fault in the 55th minute when Arrows reclaimed the lead - Kodisang gave the ball away near the halfway line and allowed the visitors to surge forward on a counter attack which ended with Zolani Nkombelo firing a left-footed effort into the roof of the net to make it 2-1.

The hosts should have levelled up in the 73rd minute when a lofted cross from Allie found its way to the unmarked Gamal at the far post, but the Egyptian scooped his shot high over the target.

Six minutes later substitute Eleazar Rodgers had a free header after another fine cross - this time by Daylon Claasen - but his weak effort was easily saved by Gumede.

The missed chances came back to haunt Wits, who conceded a third goal in added time to substitute Nduduzo Sibiya, who superbly finished a great pass from Mahachi to wrap up the scoring at 3-1.

Bidvest Wits will target a first Absa Premiership win of the season when they host Golden Arrows at Bidvest Stadium on 13 September 2017, kick-off at 19h30.

Wits’ title defence has got off to a painfully slow start, with a surprise 1-0 loss at home to Cape Town City on the opening weekend followed by a midweek 2-2 draw away to Free State Stars - very much coach Gavin Hunt’s ‘bogey’ side.

The Clever Boys will not be panicking at having claimed just one point from their opening two matches, but Hunt will emphasise the importance of victory in this home clash and hope that it sparks some momentum for the Johannesburg club.

Arrows have also struggled to get going in the league season, playing to successive 1-1 draws against Ajax Cape Town (away) and Bloemfontein Celtic (home).

Coach Clinton Larsen will want to see more fire from his Abafana Bes’thende side - though not as much as when the teams met in the MTN8 a few weeks back, and both he and counterpart Gavin Hunt were on the receiving end of six red cards dished out.

In head-to-head stats, Wits and Arrows have met in 28 league matches since 2001/02. The Johannesburg side has claimed 17 wins compared to four for their Durban counterparts, while seven matches have been drawn. The Clever Boys have a great home record in the league against Abafana Bes’thende, with 10 wins and just one defeat from 14 matches as hosts.

Wits took four points off Arrows last season, drawing 0-0 in Durban before claiming a 3-0 home win in the return thanks to a penalty from Frank Mhango and a brace of Mogakolodi Ngele goals. The Clever Boys are unbeaten in their last 15 league matches against Abafana Bes’thende.