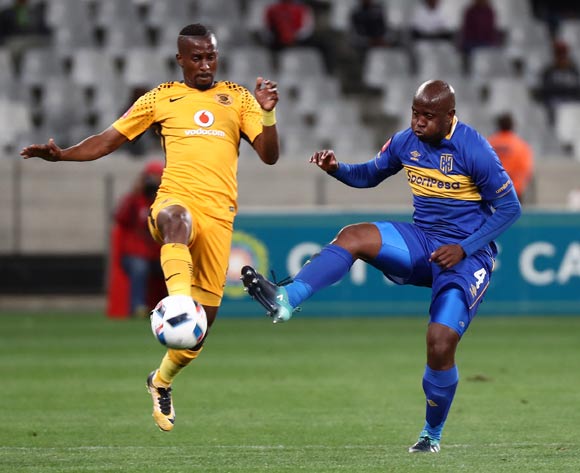 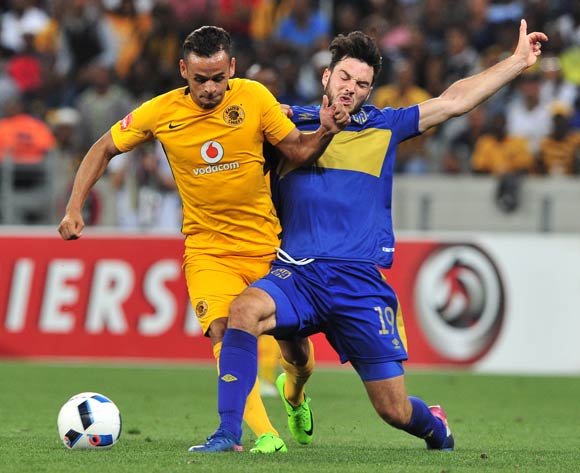 Welcome to the live play-by-play for the ABSA Premiership 2017/18 match between Cape Town City FC and Kaizer Chiefs at Cape Town Stadium.

46' The second half is underway
47' Siphiwe Tshabalala (Kaizer Chiefs) scores!

Welcome to the live play-by-play for the ABSA Premiership 2017/18 match between Cape Town City FC and Kaizer Chiefs at Cape Town Stadium.

Cape Town City's winning start to the Absa Premiership season was brought to an abrupt end as Kaizer Chiefs registered a 2-0 win at Cape Town Stadium on Wednesday evening.

Goals from Siphiwe Tshabalala and Wiseman Meyiwa guiding the Amakhosi to their first win of the campaign, as Benni McCarthy suffered his first defeat since taking over the reins at City.

The Citizens showed their intent from the onset with Teko Modise blasting a powerful shot inches over the crossbar in the eight minute.

He, though, would be forced off the field 10 minutes later due to injury - a big blow for the hosts - as Chiefs started to find their rhythm.

Bhongolwethu Jayiya going close to finding the opener against his former employers. The forward seeing his shot onto the woodwork in the 34th minute of the game.

Chiefs ended the half on the front foot and duly opened the scoring two minutes following the interval. Tshabalala keeping his cool inside the area before firing a low shot past Sage Stephens in the City goal.

The Citizens responded with wave-after-wave of attack with Ayanda Patosi and Lehlohonolo Majoro going close. The latter denied by man-of-the-match Itumeleng Khune on two occasions, with the goalkeeper reminding the country why he is Bafana Bafana's number one.

With City pressing forward they were vulnerable at the back and Chiefs finally doubled their lead in the 82nd minute of the match. Meyiwa - the youngest man to start a game for Chiefs at 17 years of age - making no mistake from close range.

Victory moves Chiefs up to ninth as City slip to fifth having squandered a chance to move clear atop the log standings.

Cape Town City will chase a hat-trick of Absa Premiership wins when they host Kaizer Chiefs at Cape Town Stadium on 13 September 2017, kick-off at 19h30.

City have a 100 percent record at the start of the 2017/18 league season, having claimed a 1-0 away win over champions Bidvest Wits and a 3-1 home triumph over Platinum Stars. The latter victory featured goals from Letsie Koapeng, Ayanda Patosi and Teko Modise, with the Cape side really getting into their stride.

The Citizens’ terrific start to the Absa Premiership campaign will have delighted coach Benni McCarthy, who must now make sure that his team has put the international break behind them and are ready to resume domestic duties.

It’s a very different story for Kaizer Chiefs and coach Steve Komphela, who opened the season with a 1-1 draw away to Bloemfontein Celtic and followed it up with a 2-1 home loss at the hands of SuperSport United.

The latter defeat was a fighting performance with a numerical disadvantage for the majority of the match, but such excuses are never acceptable to a demanding Amakhosi fan base. They will expect nothing less than a victory when their team comes up against the Citizens.

In head-to-head stats, City and Chiefs have clashed in just two league matches. Both encounters took place last season, with the teams drawing 1-1 in Soweto in the first half of the campaign, before the return game in Cape Town saw the Citizens claim a dramatic 3-2 win thanks to a late strike from Judas Moseamedi.