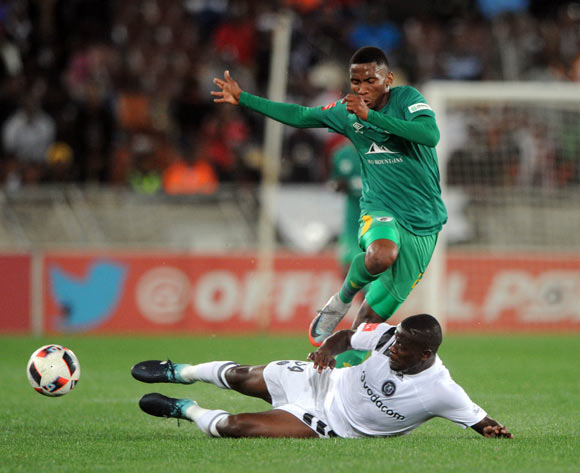 Welcome to the live play-by-play for the ABSA Premiership 2017/18 match between Baroka FC and Free State Stars at Peter Mokaba Stadium.

Welcome to the live play-by-play for the ABSA Premiership 2017/18 match between Baroka FC and Free State Stars at Peter Mokaba Stadium.

Stars stumble against Baroka in Polokwane

Free State Stars are yet to win in the 2017/18 Absa Premiership campaign as they lost 1-0 to Baroka FC on Saturday afternoon in a league match at the New Peter Mokaba Stadium.

The third defeat leaves Ea Lla Koto sitting at number 15 on the log table with one point next to their name.

Although they dominated the encounter, the hosts netted through Mpho Kgaswane in the dying stages of the tie.

Despite a bright start for the hosts, the Bakgaga Ba Mphahlele failed to create clear cut opportunities in front of goal in the first 10 minutes.

However, Lucky Nguzana broke free in the 17th minute after receiving a great ball from the midfield, but the forward's attempt to beat the oncoming goalkeeper, Ali Sangare, went narrowly wide.

On the half-hour mark, Nhlanhla Vilakazi tried a long range effort, but his well struck shot sailed wide of the target.

Towards the 40th minute, Sipho Moeti nearly found an opening goal for the hosts as he intercepted Paulus Masehe's pass and launched an attack, but his effort was saved by Sangare..

Three minutes later, Sinethemba Jantjie outpaced the hosts defence but Vries closed the angle and the rebound went wide of the target.

Substitute Gift Motupa nearly made a huge impact in the encounter 15 minutes into the second half as he wanted to beat Sangare on his near post after a great cross from the right, but his effort hit the side of the net.

In the 78th minute, Moeti was fouled in the box and protested for a penalty, but referee Khulasande Qongqo waved play on.

Bakgaga finally broke the deadlock in the 85th minute when substitute Kgasane's shot from the left wing was deflected to beat Sangare and sailed into the net, 1-0.

In the wake of the win, coach Kgoloko Thobejane's men now occupy the second spot with eight points from four matches so far.

Baroka FC will look to build on their midweek win when they host Free State Stars for an Absa Premiership match at Peter Mokaba Stadium on 16 September 2017, kick-off at 15h00.

Baroka claimed their first win of the season - and extended their unbeaten run to three matches - with an impressive 3-1 victory away to Chippa United on 12 September. Gift Motupa came off the bench to net two goals in the Eastern Cape.

Bakgaga will be looking to pick up a second successive three-pointer, with their only previous home match this season a 1-1 draw against Orlando Pirates in which they had to fight back from a goal down to salvage a share of the spoils.

Stars come into the match having suffered a second successive league loss - they were beaten 2-1 at home by Mamelodi Sundowns on September 11, though new coach Luc Eymael labeled it a promising performance in his first match in charge.

Ea Lla Koto’s only other away match so far this season was a 1-0 loss at AmaZulu in the opening round. Given that they have just one point from three matches thus far, the Free State side will be under pressure to claim a positive result.

In head-to-head stats, Baroka and Stars have met in just two previous league matches. Both encounters took place last season, with Ea Lla Koto winning 1-0 in their home clash thanks to an own goal from Theriso Mapheto. The return game in Polokwane saw Bakgaga claim revenge with a 2-1 triumph, thanks to a brace from Maboke Matlakala.