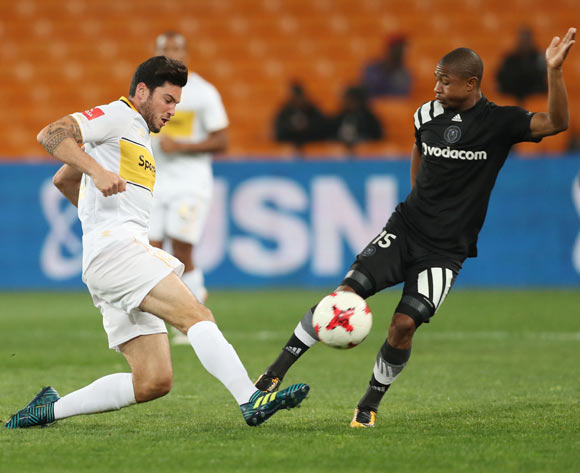 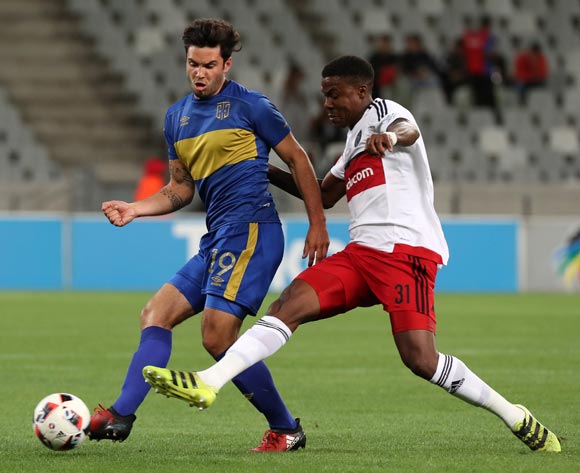 Welcome to the live play-by-play for the ABSA Premiership 2017/18 match between Orlando Pirates and Cape Town City FC at FNB Stadium.

Welcome to the live play-by-play for the ABSA Premiership 2017/18 match between Orlando Pirates and Cape Town City FC at FNB Stadium.

Cape Town City lost their second match of their Absa Premiership campaign after a 1-0 loss to Orlando Pirates on Tuesday night at FNB Stadium.

City's second defeat to another Soweto giant leaves them at number six on the log table with six points from four matches so far.

For the hosts, Thabo Qalinge netted the only goal of the contest as they claimed their third win in the league.

The opening 10 minutes saw the hosts making brilliant moves which resulted in Bernard Morrison passing the ball to Thembinkosi Lorch, who made a fine run behind the defence, but City's goalkeeper Shu-Aib Walters came out to make a good save for a corner.

Resulting from a corner, Musa Nyatama received a pass from Qalinge and the former failed to lower his shot with only Walters to beat.

In the 13th minute, Lyle Lakay drilled a wonderful set piece in search of the left corner, but keeper Wayne Sandilands was equal to the task to concede a corner kick.

Just after the 30th minute, coach Benni McCarthy's men scored through Lehlohonolo Majoro after Sandilands mishandled the ball, but the referee disallowed the goal.

Despite both sides pulling all the stops to break the deadlock, there were no clear cut chances in the dying stages of the opening half as the score remained at 0-0.

However coming from the tunnel, the Buccaneers continued to probe for an opening goal and made an entry in City's final third in the 68th minute, but Qalinge's attempt from the box sailed inches wide from Walters' left corner.

A few minutes later, Qalinge was penalised for an off-the-ball incident on the edge of the area and Lakay's curling set piece was punched away by Sandilands for the second time.

It took the hosts 82 minutes to break the deadlock when a good move against the run of play was finished by Qalinge with a easy tap-in from the near post as Walters was found in no-man's land after a brilliant cross from Lyle Foster.

City pulled all their tricks to secure a point away, but the hosts’ defence was solid to ensure they retain the full three points at home.

The win for Pirates means they now move up to the top of the log standings with 11 points from five rounds of matches.

Orlando Pirates and Cape Town City will meet for an eagerly-anticipated Absa Premiership match at FNB Stadium on 19 September 2017, kick-off at 19h30.

Pirates retained their unbeaten start to the season when they were held 0-0 at Maritzburg United on September 15. The Soweto giants’ haul of eight points from four matches and the concession of just one goal in the process will have pleased coach Milutin Sredojevic, though he will want to see more penetration in their attack.

The Buccaneers will be chasing a third successive home win this season, having already beaten Chippa United and Ajax Cape Town (both 1-0) in their two turns as hosts thus far in 2017/18.

City suffered their first defeat of the season across all competitions when they were downed 2-0 on home soil by Kaizer Chiefs on September 13. The Cape side had won all of their first five matches in league and cup competition, but coach Benni McCarthy’s hot streak had to end somewhere.

The Citizens’ only away league match so far this season was a 1-0 win in Johannesburg against champions Bidvest Wits. McCarthy would love to see his side claim another three-pointer in Gauteng - especially against a team he represented as a player from 2011 to 2013.

In head-to-head stats, Pirates and City have met in just two previous league matches. Both of those encounters took place last season, with the teams playing to a goalless draw in Soweto and a 2-2 draw in Cape Town - the latter saw the Buccaneers strike a last-gasp goal through Riyaad Norodien to salvage a point.