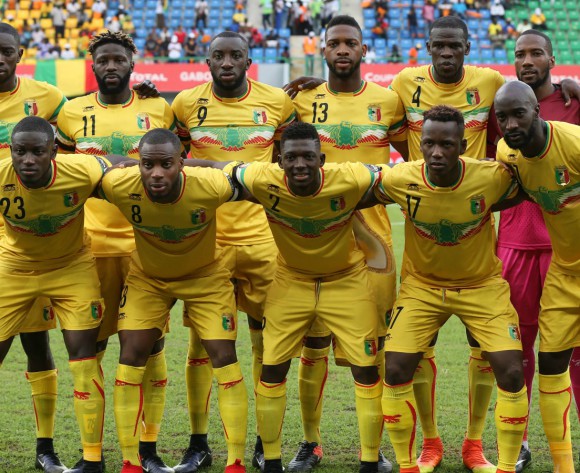 The hard-fought victory earns Les Mourabitones a place in next year CHAN finals after winning the tie 3-2 on aggregate.

The West Zone A second-leg clash was played at the Stade Modibo Kéïta in Mali's capital city, Bamako.

The visitors took the lead in the 27th minute and it was Abdoulaye Gaye, who hit the back of the net to make it 1-0 to Mauritania.

Mali's Sekou Diarra then received a red card and Mauritania held on to their lead until the referee blew the half-time whistle.

Les Mourabitones also stood firm at the back in the second-half against Les Aigles and ultimately, they ran out 1-0 winners.

Mauritania qualify for the CHAN finals for the second time having participated in the 2014 tournament in South Africa.

Mali will meet Mauritania in the 2018 African Nations Championship (CHAN) qualifiers on Saturday.

The West Zone A second-leg clash will be played at the Stade Modibo Kéïta in Mali's capital city, Bamako.

Mauritania held Mali to a 2-2 stalemate in an entertaining first-leg match last weekend.

The encounter was played at the Stade Olympique in Mauritania's main city, Nouakchott.

Mali have participated in the last three CHAN finals and they finished second in last year's tournament which was their best performance in the competition.

Mauritania are looking to reach the CHAN finals for the second time. They finished at the bottom of their group at the 2014 finals.

The winner on aggregate between Mali and Mauritania will qualify for the 2018 finals which will be hosted by Kenya.

Referee Ibrahim Nour El Din, who hails from Egypt, will be in charge of the second-leg game.