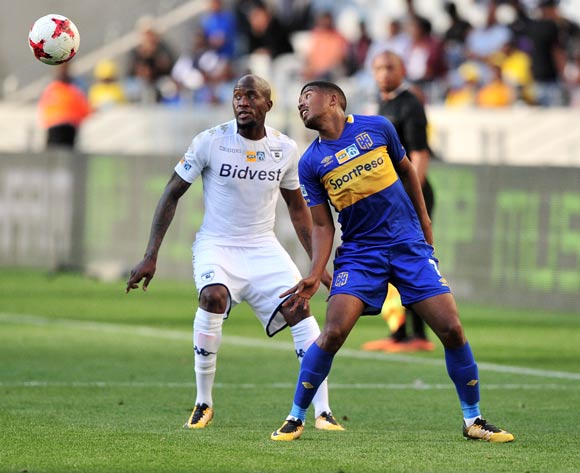 1' The match is underway!
5' Hlanti whips a dangerous low cross across the City goal and the ball goes out for a goal-kick as Wits, who are trailing 1-0 on aggregate, search for an early goal.
10' Play is stopped as City midfielder Modise is down injured as Wits continue to press the visitors.
11' Thulani Hlatshwayo (Bidvest Wits) scores!

15' Seedat whips a long ball forward for his City teammate Masina, who is ruled offside.
20' Modise plays a through pass for his City teammate Majoro, but Wits keeper Josephs comes out to gather the ball as the Citizens search for the equalizing goal.
25' Walters, the City keeper, comes out to gather Wits winger Pule's header.
27' Amr Gamal (Bidvest Wits) scores an own goal.

30' It is 1-1 as we reach the half-hour mark here at the Bidvest Stadium. City are leading 2-1 on aggregate.
35' Steven Pienaar (Bidvest Wits) is cautioned.

40' CLOSE! City captain Johannes makes a world class goal-line clearance after the ball had hit the crossbar as Wits press the visitors.
45' The fourth official has added three minutes.
45 + 3' The referee brings the first half to an end.

50' City winger Patosi beats his marker, but the ball goes out for a throw in as the visitors search for an early goal in the second-half.
54' Cape Town City FC: Lyle Lakay replaces Sibusiso Masina

65' City forward Majoro is sent through on goal by Nodada, but the former is ruled offside.
66' Ayanda Patosi (Cape Town City FC) is cautioned.

70' GREAT SAVE! City full-back Seedat receives the ball in the Wits box and he forces keeper Josephs into a great diving save.
71' Lehlohonolo Majoro (Cape Town City FC) scores!

85' It's end to end stuff in the closing stages of the match as City are looking dangerous on the counter-attack.
90' The fourth official has added five minutes.
90 + 5' CLOSE! Wits striker Rodgers misses the target from close range.
90 + 5' The referee blows the whistle for Full Time.

90 + 5' That's all from the Bidvest Stadium where Cape Town City beat Bidvest Wits 2-1 and the former advanced to the 2017 MTN8 Cup final after winning the tie 3-1 on aggregate. Please join us again next time. Cheers!

Cape Town City edged out Bidvest Wits 2-1 in the MTN8 Cup semi-final second-leg match at the Bidvest Stadium on Sunday.

The victory sees the Citizens book their place in the final after winning 3-1 on aggregate, while Clever Boys are knocked out of the tournament.

The match got to a lively start as the Clever Boys dominated possession in the opening stages of the encounter.

Wits desrvedly took lead in the 11th minute when Thulani Hlatshwayo fired home to make it 1-0 to the hosts after a scramble in the City box.

After conceding the Citizens pushed forward in numbers as looked to level matters and they equalized in the 27th minute.

Amr Gamal scored an unfortunate own goal from Ayanda Patosi's free-kick to make it 1-1 for City as the visitors regained the lead on aggregate.

Wits nearly scored in the 33rd minute, but Granwald Scott's header narrowly missed the target as the hosts pressed City.

Gamal also saw his effort cleared off the goal-line seven minutes later and score was 1-1 at the interval with City leading 2-1 on aggregate.

City suffered a blow 14 minutes into the second-half as Ronald Putsche went down injured and he was replaced Mpho Matsi.

However, the Citizens continued to launch attacks and they managed to take the lead for the first time in the 71st minute.

Lehlohonolo Majoro controlled the ball well in the Wits box, before firing past Wits keeper Moeeneb Josephs to make it 2-1 to City.

Frank Gabadinho nearly equalized for Wits in 74th minute, but City Shu-Aib Walters parried his powerful shot out for a corner-kick.

Wits did most of the attacking in the dying minutes of the match - attacking in numbers in search of three late goals.

However, City managed to contain Wits in the remaining minutes and they ran out 2-1 winners on the day.