Rayon Sports players celebrate after scoring a goal during the CAF Confederation Cup game between USM Alger and Rayon Sports at the Mustapha Tchaker Stadium in Blida, Algeria on 29 July 2018. 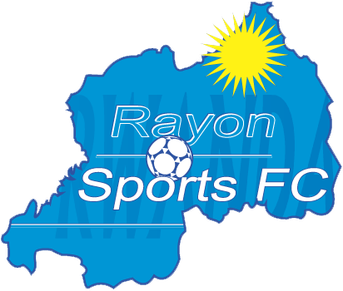 Kenya’s Gor Mahia suffered their first loss in this year’s CAF Confederation Cup after going down 2-1 to Rwanda’s Rayon Sports in a Group D match at Moi Stadium on Sunday.

Despite the loss Gor Mahia still top Group D with eight points, alongside USM Alger who also lost on Sunday.

The win for Rayon is their first in Group D, but still sees them in third spot with six points and with a small chance of qualifying for the knockout stages.

Rayon got off to the perfect start with the game’s opening goal three minutes into the tie courtesy of a clinical finish from Caleb Bimenyimana, 1-0.

Gor Mahia, though, were not going to go down without a fight and managed to draw level in the 22nd minute when Francis Mustafa found the back of the net, 1-1.

Rayon took control of the match after that and controlled the flow of the play.

The visiting side came close to taking the lead for a second time when Gabriel Mugabo let fly from long range, but his stinging effort shaved the wrong side of the post.

The half ended with the teams locked at 1-1.

Rayon came out firing at the start of the second half and found their second goal in the 53rd minute thanks to a strike from Eric Rutanga goal, 2-1.

Abdul Rwatubyaye almost made it three for Rayon in the 75th minute when he met a cross into the box, but his ten-yard header went narrowly over the target.

Gor Mahia threw players forward in the final ten minutes as they went in search of an equaliser, but Rayon managed to hold on for the win.

Gor Mahia will take on Rayon Sports in the 2018 CAF Confederation Cup Group D match at the Moi International Sports Centre in Kenya on Sunday.

Gor Mahia are sitting at the top of Group D standings having accumulated eight points from four group matches.

A victory for Gor Mahia will see them book their place in the knockout stages of the African club competition.

K'Ogalo will look to Haron Shakava and Jacques Odhiambo, who both scored against Young Africans.

Meanwhile, Rayon drew 1-1 with Algerian side USM Alger in their previous Group D game away over two weeks ago.

The Rwanda giants placed third on the group standings have accumulated three points from four group matches with two games left in the group stage.

Rayon will boost their chances of reaching the quarter-finals if they defeat Gor Mahia.

Ismaila Diarra and Eric Rutanga have both scored for Rayon in the group stage and they will be hoping to help his side win in Kenya.

Zimbabwean match referee Norman Matemera will be in charge of the match between Gor Mahia and Rayon.