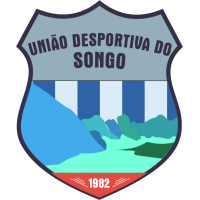 Berkane edge Songo to end top of Group B

RS Berkane beat UD Songo 2-1 in a 2018 CAF Confederation Cup clash at the Stade Municipal de Berkane on Wednesday evening to seal top spot in Group B for the Moroccans.

The Oranges headed into the clash having already booked their place in the knockout stages alongside Al-Masry, but had to win to finish atop the group and duly secure a favourable draw.

Alain Traoré got the ball rolling as early as the fifth minute for his second goal in as many games for the club. The Burkina Faso international showcased superb control on the edge of the area before firing a rasping left-footed shot into the back of the net.

Songo, though, were not going to throw in the towel and the Mozambican club leveled matters two minutes after the break.

Jimmy Ukonde with an unbelievable long range effort that left the goalkeeper, who remained rooted to his spot, with no chance.

Berkane pressed forward in search of the winner and Mohammed Farehane provided the finish to seal all three points in the 72nd minute. The attacker with a neat finish from a tight angle as the hosts sealed top spot.

Uniao Desportiva do Songo will be playing for pride when they take on RS Berkane in their final CAF Confederation Cup, Group B match at the Stade Municipal de Berkane on Wednesday night.

The match is scheduled to get underway at 21h00.

Uniao Desportiva do Songo cannot qualify for the knockout stages of the competition as they sit joint last in Group B, and will also be trying to claim their first win in the Confed Cup.

Berkane currently top Group B with ten points, but that could all change depending on their result on Wednesday and the other group result at the same time between Al Masry and Al Hilal Omdurman.

Kodjo Fo-Doh Lab and Alain Traore found the back of the net in the 2-0 win for the Moroccan club.

Uniao Desportiva do Songo’s last Group B game saw them play to a 1-1 draw against Al Masry at the Ferroviario Stadium in Beira on August 19.

In that match Uniao Desportiva do Songo went behind after a 77th minute goal from Mohamed Abdul-Latif Grindo, but Jimmy Ukonde levelled matters.

When Berkane and Uniao Desportiva do Songo met earlier in Group B, the Moroccan side ran out slender 1-0 winners at the Stade Municipal de Berkane on May 6.

Togo international Fo-Doh Kodjo Laba grabbed the game’s only goal in that game.