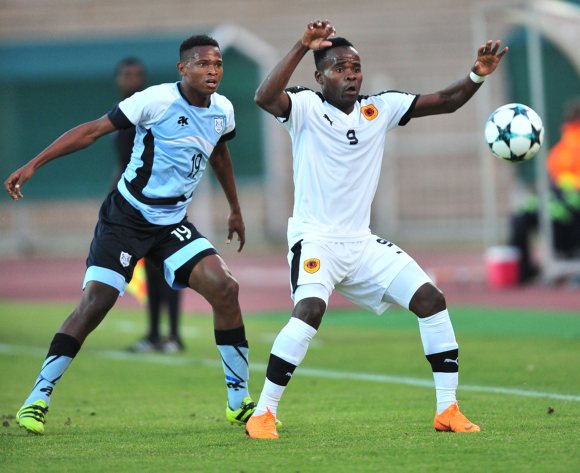 Angola claimed 1-0 win over Mauritius in their second 2018 Cosafa Cup Group B match at the Old Peter Mokaba Stadium on Wednesday afternoon.

The Palancas Negras started their second group encounter on a high as they probed for an early goal, fresh from a loss to Botswana on Monday.

Angola dominated the possession after 16 minutes and Chico Bana unleashed a thunderous shot which was dipping into the net, but Kelvin Jean-Luis was equal to the task to punch it away for a corner.

With three minutes to half time, Wilson made a great run behind the defence, but his lobbed shot hit the right post and bounced back to action, allowing Les Dodos to clear the ball.

Coach Srdan Vasiljevic’s troops continued their dominance, yet both sides remained deadlocked at half time.

Chances were few and far between in the second stanza, until Mauritius conceded an own goal through substitute Vincent Jean in the 63rd minute.

Three minutes later, Chico Bana nearly doubled Angola’s lead, but he was denied by the crossbar from a shot on the edge of the area.

Mauritius tried to throw everything at Angola to bag their second win, but Barros was alert in the box for the team in red to bag their first win of the tournament.

The win sees the Angolans move to the third spot with three points from two matches, equal with the Mauritians, but separated on goal difference.

Angola out to avoid second Group B loss

Angola will want to bag their first win against Mauritius in their second 2018 Cosafa Cup match on Wednesday afternoon.

The second Group B match presents coach Srdan Vasiljevic’s men with a chance to redeem themselves.

Angola failed to start on a high as they suffered a shocking loss to the Zebras of Bostwana on Monday.

The loss was their first to their neighbours in the regional competition’s history, but they will want to avoid their second defeat on Wednesday.

Angola occupies the third spot on the log table with zero points and a failure to bag maximum points will dent their knockout qualification hopes.

"We are here to show our quality and take advantage of the tournament to rehearse and assemble the team with which we will play the qualifiers to access the CAN (African Nations Cup),” said the Serbian coach.

“It is a young selection and we will explore the potential of each one.

“I am an ambitious coach and I like to work with young people, also anxious. I am convinced that together we will work to take the cup with us.”

For Les Dodos, they will be hoping to bag their second win in the regional tournament when they renew rivalry against the Angolans.

Mauritius started their Group B campaign with a 1-0 win over Malawi on Monday night and will be hoping to get another victory.

Sitting at the second spot in the group with three points will push the side to maximise their knockout hopes by bagging another win.

Damien Balisson netted for the Mauritians against the wasteful Flames of Malawi on Monday and will be banking on their tactical discipline to upset Angola.

Meanwhile, the two Southern African nations have met eight times, but the Islanders have two wins and one draw compared to five victories for the Palancas Negras.

The encounter will be staged at Seshego Stadium at 17:00(CAT).