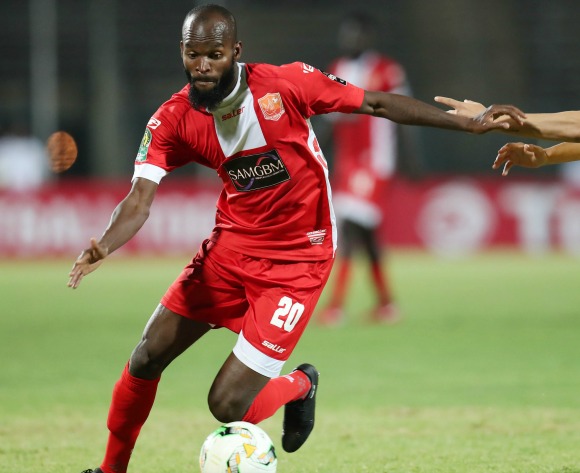 Esperance were lucky to salvage a point in the CAF Champions League.

Guinea’s Horoya had Tunisia’s Esperance Tunis at their mercy and looked certain to hand them defeat in the first Group B match of the CAF Champions League on Friday night, but Anice Badri scored a 93rd minute goal.

Ocansey Mandela gave Horoya the lead in the 68th minute and the Tunisians had the blade to Esperance’s ‘neck’, but they let them off the chopping block with some sloppy defending in injury time which saw the game at the Stade du 28 Septembre end 1-1.

The performance for Horoya, though, was a far cry from the one they produced to get to this stage of the Champions League. The Guinean side advanced to the group stage after eliminating Libyan club Al Nasr in the first round tie towards the end of last month.

For Esperance, they will be bitterly disappointed with their showing as they are the current defending Champions of the CAF Champions League which saw them automatically qualify for the group stage.

Horoya, though, will still count themselves fortunate to get a point after only really mounting one serious attack which led to the goal from Mandela.

Horoya are in action in the CAF Champions League again next week Friday, 18 January against South Africa’s Orlando Pirates while Tunis will face FC Platinum on the same day.

Horoya AC will lock horns with Esperance de Tunis in the 2018/19 CAF Champions League Group B match on Friday.

The game is scheduled to take place at the Stade du 28 Septembre in the Guinean city of Conakry.

Horoya advanced to the group stage after eliminating Libyan club Al Nasr in the first round tie towards the end of last month.

Bolaji Simeon Sakin, who scored twice against Al Nasr, is the dangerman for the HAC.

Meanwhile, Esperance are the defending champions and they automatically qualified for the group stage.

Esperance's Algerian striker Youcef Belaili is a key player and he will look to inspire the team to victory.

Ethiopian referee Bamlak Tessema Weyesa will be in charge of the match between Horoya and Esperance.