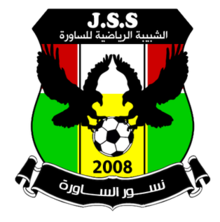 Saoura hold AS Vita in Kinshasa

JS Saoura scored a late goal to salvage a 2-2 draw away to AS Vita in a CAF Champions League clash at Stade des Martyrs in Kinshasa on Saturday.

The DR Congo giants have drawn level with Al Ahly (who are in action later in the evening) on four points at the head of the standings, while the Algerian club remain in the ‘wooden spoon’ position despite the valuable point secured on the road.

Vita got off to a great start and claimed the lead in the 14ht minute, with Francy Kazadi Kasengu getting the better of goalkeeper Khaled Boukachem after some sloppy defending from the visitors.

The Black Dolphins were boosted by the early goal and went on to dominated the remainder of the half. Their impressive showing was rewarded with a second goal, this time from Jean-Marc Makusu, on 37 minutes.

Saoura had struggled to find their rhythm, but they gained a foothold in the game late in the half when Mohamed Amine Hammia converted a penalty to bring the score to 2-1 at the interval.

The second half saw Vita continue to boss the game, and they remained positive in outlook with the introduction of substitutes Luzolo Sita and Cedric Ondo Biyoghe. Saoura threatened sporadically on the break, but struggled to build up a head of steam.

The match looked destined to end in favour of the hosts, but Saoura’s Sid Yahia Cherif popped up in the 88th minute to net an equaliser and secure his team a share of the spoils.

The teams will have the return game, which is set to be played at Stade 20 du Aout 1995 in Bechar, on February 12.

AS Vita will chase a second consecutive home win in Group D of the CAF Champions League when they host JS Saoura in Kinshasa on Saturday evening. The match is slated for Stade des Martyrs, with kick-off at 18h00 CAT.

Vita come into the clash having claimed a 5-0 win over Tanzania’s Simba at the same venue on January 19, with the result placing them second on the log behind Al Ahly.

The Black Dolphins secured their emphatic victory thanks to a brace from Jean-Marc Mundele and strikes from Botuli Bompunga, Fabrice Ngoma and Makwekwe Kupa.

ASV have been in good form domestically heading into this weekend, defeating both Motema Pembe and Groupe Bazano in the DRC Super Ligue since their crushing of Simba.

Saoura, by contrast, have gone seven games without a win across all competitions. Their last Champions League outing on January 18 was a 1-1 draw at home to Ahly, leaving them at the foot of the Group D log.

They have since also drawn away to MC Oran and lost 2-0 to USM Alger in Algeria’s Ligue 1, leaving them in desperate need of a positive result to lift the mood around the camp.

JSS coach Nabil Neghez will hope to see his side recapture the form which brought them to the group stage in the first place, but he’ll first have to win the battle of tactical wits against counterpart Florent Ibenge.