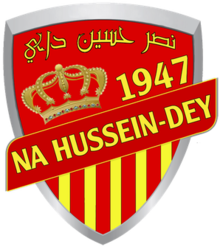 Hussein Dey rescue a point at the death

Algeria’s NA Hussein Dey scored in the 90th minute of their CAF Confederations Cup tie on Wednesday night to earn a share of the spoils as their Group D match against Egypt’s Zamalek ended 1-1 at the Borg El Arab Stadium.

Zamalek got off to a bright start and opened the scoring in the 14th minute courtesy of a clinical finish from Khalib Boutaib, 1-0.

The home side continued to dictate terms after taking the lad, but they struggled to make all their possession count with some poor decision making in the final third.

Hussein Dey, on the other hand, offered very little in terms of attack and were luck to get to the half time break only trailing by a goal.

It was more of the same in the second half as Zamalek controlled matters, but they were very wasteful in front of goal.

In the end the home side would pay for their poor finishing when Hussein Dey found an equaliser in the 90th minute courtesy of a strike from Faouzi Yaya, 1-1.

The result leaves Hussein Dey unbeaten and at the top of Group D in the Confederations Cup with four points from two matches while Zamalek are bottom with one point.

Zamalek are next in action in the Confederations Cup at home against Petro de Luanda on Sunday, February 24 while Hussein Dey are away to Gor Mahia on the same day.

Zamalek succumbed to a 4-2 defeat to Kenyan giants Gor Mahia away on match-day one earlier this month.

The result left the Egyptian giants placed fourth on the group table - three points behind the leaders, Gor Mahia.

Ibrahim Hassan, who netted twice against Gor Mahia, will be keen to inspire Zamalek to victory in Egypt.

The win took the Algerian side to second place on the group standings and they are only behind leaders, Gor Mahia on goal-difference.

Hussein Dey will look to Walid Alati, who was on the score sheet against Luanda.