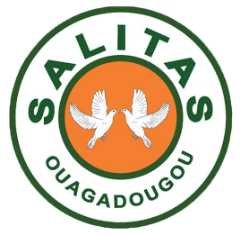 Ten-man Enugu Rangers claimed a 1-1 draw away to Salitas in a Group B CAF Confederation Cup clash at Stade du 4 Aout in Ouagadougou on Sunday.

The pool is topped by CS Sfaxien (who have secured quarterfinal qualification) on nine points, fellow Tunisians Etoile du Sahel are second with seven, and the remaining two places are taken up by Rangers (five points) and Salitas (four).

Rangers saw less of the ball than their hosts but looked more fluid in attack, having more shots through the course of the first half.

And the Nigerian side was rewarded with the opening goal in the 33rd minute, as Ifenyi George got the better of goalkeeper Diakite Daouda to make it 1-0.

Rangers’ goal arrived despite being down to 10 men, with Semiu Liadi sent off for a second bookable offence inside the opening half hour.

Salitas needed just five minutes of the second half to hit back and level the game, with Ilasse Sawadogo netting to make it 1-1. That proved to be the last goal of the match, as the teams settled for a draw.

The teams will wrap up their group stage campaigns next weekend, with Salitas away to Etoile du Sahel and Ranger at home to Sfaxien.

Enugu Rangers head to the Stade du 4 Août in Ouagadougou on Sunday evening to face Salitas knowing that victory will come as a major boost to their hopes of reaching the knockout stages of the Caf Confederations Cup.

Enugu kick-started their campaign with a 2-0 win over Salitas. Godwin Aguda and Isaac Loute found the back of the net for the Nigerian club who have managed a mere point from their three most recent encounters.

Salitas played to three successive goalless draws following the loss away to the Flying Antelopes and will be hoping to ignite a late quarterfinal charge of their own.

Enugu play host to CS Sfaxien in the final round of groups stage fixtures while Salitas are away to Etoile du Sahel.