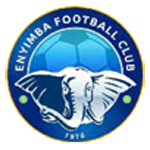 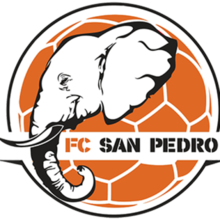 Enyimba up and running in Group D

The Nigerian league champions were eager to bounce back following defeat last weekend, and did just that to move up to second place in Group D, level on points with Hassania Agadir who are away to Paradou AC later this evening.

A breathless first half failed to conjure a goal, but the opener finally came following a change in personal.

Second-half substitute Martins Usule proved to be the difference on the day as he came off the bench to great effect; striking the ball home on the volley in the 64th minute.

Usule missed a chance to bury the game moments later, but it mattered little as the People’s Elephant held on for all three points.

Enyimba aim to bounce back in Aba

Enyimba will be aiming to bounce back to winning ways in the 2019-20 CAF Confederations Cup when they play host to FC San Pedro at Enyimba International Stadium in Aba on Sunday afternoon.

The Peoples’ Elephant slumped to a 2-0 loss away to Hassania Agadir in their Group D opener last weekend with two goals in five first-half minutes leading the Moroccans to victory.

San Pedro conjured a point from their opening group stage fixture with the Ivorian club held to a 0-0 draw at home to Paradou AC.

Enyimba head coach Usman Abdallah is confident that his side will learn from their defeat in Agadir, as they now set their sights on making home advantage count in their favour.

He is quoted as saying by brila.net: “We lost but all is in the past, I had the full confidence that I am going to come out victorious in this match which turned out to be that we lost but that is football.

“I’ll take a lesson from that and we will learn a lot from the mistakes. I have seen a lot of things that we did right and many that we didn’t do right. So that’s the only way to gain more experience so that we can apply it elsewhere.”

The Nigeria champions have never won Africa’s second tier competition, but reached the semi-finals in 2018 before losing to eventual champions Raja Casablanca.