Vuyo Mere - Great to be back 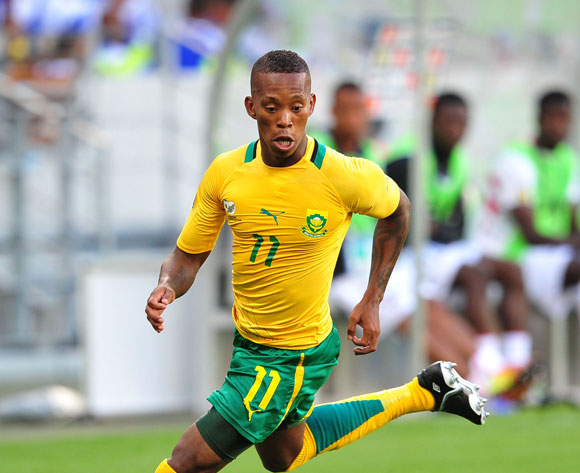 Bafana
Bafana right back Vuyo Mere says it is great being back in the team after an
absence of six years dating back to October 2007.


Mere
replaced Bryce Moon in one of four tactical changes that Gordon Igesund made to
the team that beat Mozambique 3-1 in the CHAN 2014 opening game.

He
was not able to help Bafana Bafana to a win over Mali, however, as the two
sides played to a 1-1 draw in what was always going to be one of the stand out
games of the tournament.

It
feels great to be back because every player wants to represent his country. There
are a lot of good players in the league (PSL) but God gave me the strength to
be here, Mere told AfricanFootball after the match.

But
the hard works starts here. We cant be happy with the goals we should have
scored (against Mali).

Asked
about playing on the right flank with clubmate Lindokuhle Mbatha further ahead
on the right wing, Mere said: Playing with Lindokuhle today was great because
we play together for the same club so this made it easier for us on the day.

I
think it showed in a couple of attacking moves, but I think we can do better. Its
not about individuals though, we need to combine with the rest of the team and
get to our targets.

Bafana Bafana face
Nigeria on Sunday night in their final game of the group stage.