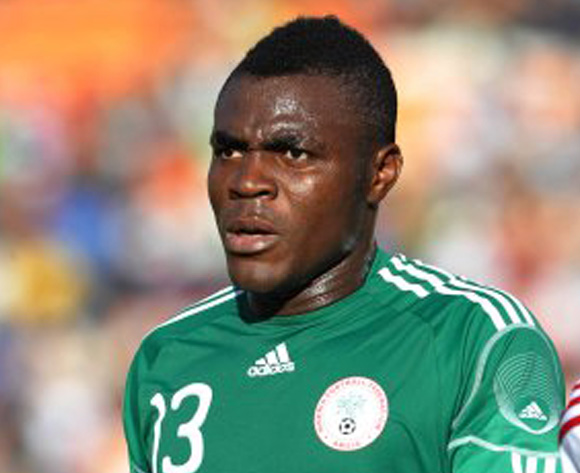 Emmanuel Emenike could well be the goals machine Nigeria have long waited
for as he now averages a goal every other game for them.

Nigeria
have long waited for a striker who will take the responsibility of scoring
goals for the Eagles since the days of the late Rashidi Yekini.

The
likes of Julius Aghahowa, Yakubu Aiyegbeni, Obafemi Martins at some point were regarded
as the men to take on the Eagles goal-scoring responsibilities, but none of
them could match the exploits of the legendary Yekini.

With nine
goals from 18 matches for Nigeria, Emenike has emerged as the countrys new king
of goals, who if he maintains his scoring rate could outdo the 37-goal
milestone set by the great Yekini.

He is
strong, a cool head in front of goal and has already proved he is a prolific
scorer at his various clubs.

He is
only 26 and if he only he could stay free of injuries and on form, he will
plunder many more goals for the African champions.

His
confidence has been boosted by his exploits at his Africa Cup of Nations debut
earlier this year in South Africa, where he emerged as top scorer with four
goals to help Nigeria win a third continental diadem.

Incidentally,
his Eagles debut against Sierra Leone in February 2011 had gone horribly wrong
when he was forced out of the game by injury midway through the first half.

But
like he has shown at his various clubs, his resolve to defy the critics has
since seen him become the toast of a country of 160 million football fans.
His first Eagles goal was pure class as he lobbed the ball past a stranded Argentina goalkeeper as Nigeria thumped the two-time world champions 4-1 in a friendly in Abuja two years ago.

Emenike began his career with Delta Force in Nigeria before he moved to South Africa,
where he featured for Mpumalanga Black Aces and FC Cape Town.

His
stocks rose considerably when he joined a modest Turkish club Karabukspor where
his goals catapulted them to the top flight.

He then
netted 14 goals for Karabukspor in the top flight to catch the attention of giants
Fenerbahce.

In the
summer of 2011, Fenerbahce signed him for £7 million, but didn't play a single
game for the Istanbul giants before he was on the move again amid a match-fixing
scandal that rocked the club.

He
moved to Russia,  where he teamed up with Spartak Moscow for a fee
of  £9 million and was an instant hit, he scored his first goal in Russia
in a 1-1 draw against city rivals CSKA Moscow and went ahead to score a
hat-trick in a 3-0 win over Lokomotiv Moscow in another derby.

He has
yet to score for Fenerbache since his switch in the summer, but you cannot bet
against him to come good yet again.