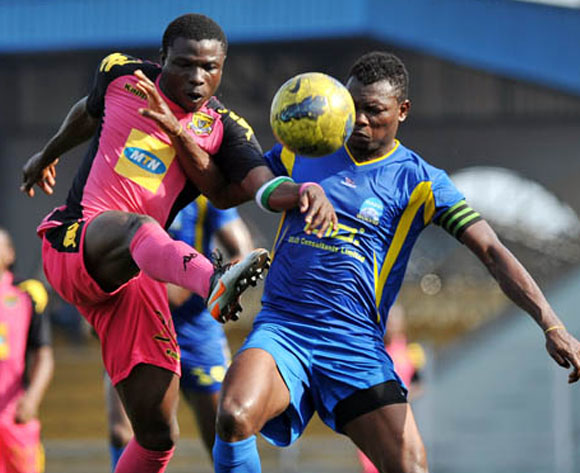 Joshua Obaje has said Warri Wolves owe their win at Union
Douala in the Confederation Cup to determination.

Even though they were
without influential skipper Azubuike Egwuekwe and striker Gbolahan Salami, Warri
Wolves started their Confederation Cup campaign on a fine note when they beat
Union Douala 3-2 in a first round, first leg game at the Stade de la
Reunification in Douala, Cameroon.

Wolves took the lead
through Musa Najere. Flying Eagles new invitee Etebo Oghenekaro gave the
Nigerian club the lead for the second time after the home side drew level.

Union Douala then equalised
in the second half, before Ikechukwu Ibenegbu scored the winner to end the game
3-2.

Former Black Leopards of
South Africa forward Joshua Obaje told AfricanFootball.com it was a game they were determined
to win.

"It was a tough and
interesting match. We know Union Douala are tough team, so we went in there to
achieve our aim which was to get a favourable result. We thank God that he
crowned our efforts with victory," said Obaje, who was part of Black
Leopards that stopped Warri Wolves last year in the same competition.

The return leg match is slated for the
Warri City Stadium next week Saturday.