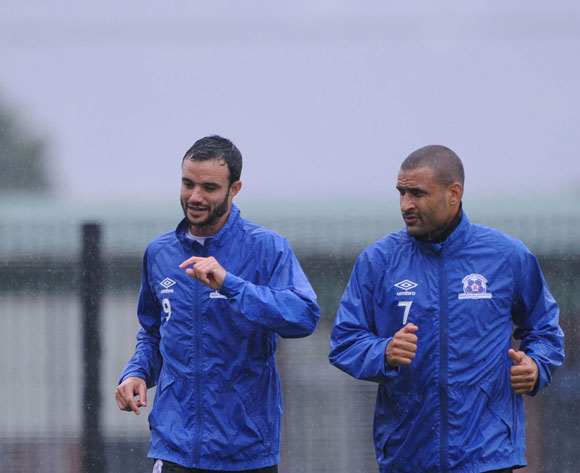 Veteran midfielder Delron Buckley says that he as well as Dillon Sheppard and Robyn Johannes have been told they are no longer in the Maritzburg United coach’s plans.

Buckley, a veteran of over 70 caps for South Africa, says he is still looking to revive his career next season following his exclusion from the Maritzburg United squad.

The 36-year-old confirms that he and teammates Dillon Sheppard and Robyn Johannes have been informed that they are not in coach Steve Komphela’s plans for the rest of the season.

As a result, they have been placed on leave for the rest of the season and have been instructed not to report for training.

“It’s very confusing because yesterday (Sunday) we were called into a meeting where they basically told us that the coach doesn’t want us in the team,” Buckley told AfricanFootball.com exclusively.

“I’m very disappointed because when I heard that Steve was coming to the club I was very excited.

“Even when I didn’t get a lot of game time I still gave my best at training and I worked hard for my place in the team.”

Buckley has only started three games for the Team of Choice this season, compared to the 28 starts he managed last season.

However, he says this is not the end of his illustrious career, which includes spells with German clubs Bochum, Arminia Bielefeld and Borussia Dortmund.

“I am definitely looking to play for another season,” he said. “I will not let my career end this way. I believe I can still play and contribute to a team and I will not let one coach make a decision about my career.

“The plan now is to keep myself fit and to explore my options for next season.”

Keep checking AfricanFootball.com to hear what the club has to say on this story.