Mosimane is the coach we needed - Moriri 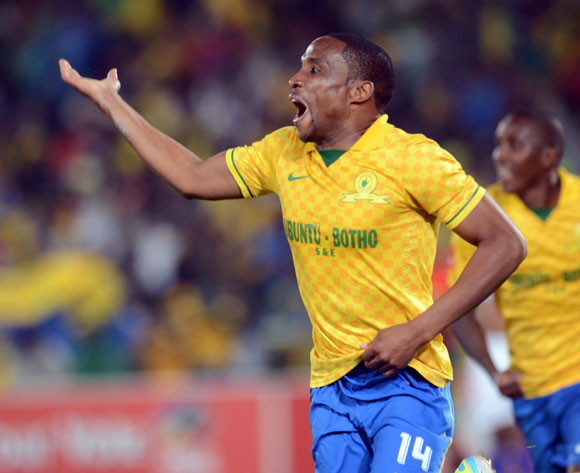 Mamelodi Sundowns midfielder Suprise Moriri has explained that Pitso Mosimane was the type of coach the club needed to turn things around after six years without silverware.

Mosimane successfully guided the Brazilians to their first league title since the 2006/2007 campaign with a 3-0 win over Tshwane rivals SuperSport United on Tuesday.

When Mosimane took over from Johan Neeskens in December 2012 the club was in disarray, but the former Bafana Bafana mentor has turned things around and took the club to their sixth Absa Premiership title in his first full season in charge at Chloorkop.

"Pitso is the kind of person who understands the culture of South Africans, he kept everyone on their toes and we all gave our best and now we can celebrate," the 34-year-old said in the aftermath.

"Pitso is more than a coach, he is open minded and he doesn't hold back, he will tell you if you are wrong whether you are a senior or a young player. He will tell you straight; he is the kind of person we wanted and needed and you can see it has paid off."

Sundowns survived a nervy opening half before turning on the style in the second to stretch their winning run in the league to 10 matches.

Moriri scored the opener four minutes into the second stanza before Teko Modise and Cuthbert Malajila added a second and third in quick succession to wrap up the Premiership title in style.