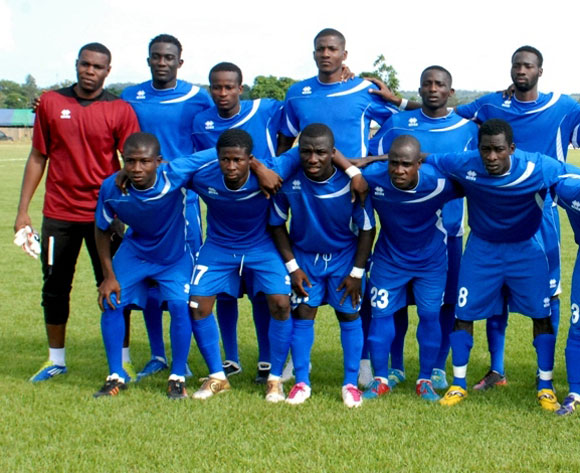 Sewe Sport have caught hosts' Nkana unawares after quietly landing in Ndola on Wednesday without any word.

The Ivorians landed at Simon Mwansa Kapwepwe International Airport in Ndola at lunchtime  but found no Nkana official to meet them.

"Yes, Sewe have arrived but the thing is they have failed to respond to any of our mails nor any sent to them by the Football Association of Zambia (FAZ) for the last week as to when they will be exactly arriving in Zambia," Nkana secretary Ken Mwansa  told AfricanFootball.com.

"I had personally written to them before Nkana travelled to Egypt last week but got no response only to hear today that they have just landed.

“We sent a bus to Ndola after we heard they had landed to pick them up but it was impounded by police for breaking the speed trap on its way to the airport.”

Mwansa said  Zesco United officials quickly  offered Sewe a bus to take the 40 kilometer drive from Ndola to Kitwe where Saturday’s 2014 CAF Confederation Cup Group B match will be played at Nkana Stadium.

Nkana are bottom of Group B on zero points after losing 1-0 to leaders Al Ahly in Cairo on May 17 while Sewe are third after a 1-1 home draw with Tunisian side Etoile du Sahel 24 hours later in Abidjan.