Kenya look to advance without Oliech 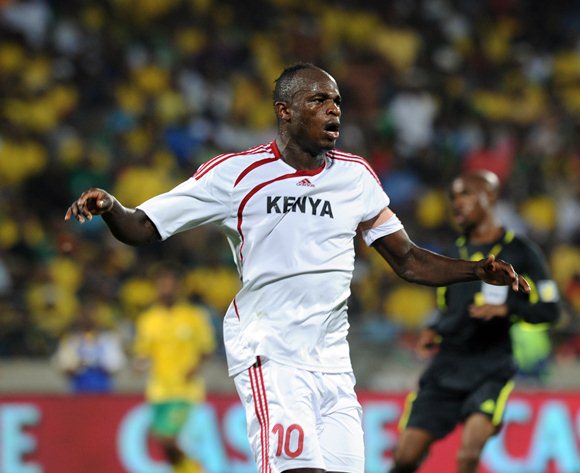 Kenya will have to do without former captain Dennis Oliech

Kenya will have to do without former captain Dennis Oliech in their starting line-up when they travel to Comoros for the second leg of their first round Africa Cup of Nations qualifier on Friday.

The Harambee Stars lead 1-0 from the first leg in Nairobi on May 18, with Johanna Omolo scoring the only goal of the match.

Kenya are favourites to advance to next round but the loss of Oliech (who has been dropped to the bench) is a blow, with coach Adel Amrouche not prepared to have any mercy on the player after he failed to report for training.

“I’ve spoken with Oliech and it seems he has a personal problem which I cannot comment on but he knows the rule very well, if one does not come for training, he simply can’t play. It doesn’t matter who you are and it’s not because you have a name, all the players are also good,” said Amrouche.

Norwegian-based goalkeeper Arnold Origi is expected to arrive in Kenya’s camp tonight after missing the first leg due to commitments with his club Lillestrom. The return of Origi will see Wilson Obugu relegated to the bench.

“We spoke in the morning and he confirmed he was coming so I expect him in camp tonight. He is a good goalkeeper and we welcome him back,” Amrouche stated.

On the subject of the return leg in Moroni, the Belgian tactician expects a difficult encounter but is still confident of progressing.

“We are preparing for the game seriously but it’s not easy since I don’t have all my players, for example from Tusker and Gor Mahia, who were playing yesterday, but most important we are working as a team and we hope to give our best in Comoros.

“Our objective is to qualify for next year’s AFCON and nothing else,” he concluded.

The winner of the tie between Kenya and Comoros will face either Liberia or Lesotho in the second round.