Tricky test for Cranes against Madagascar 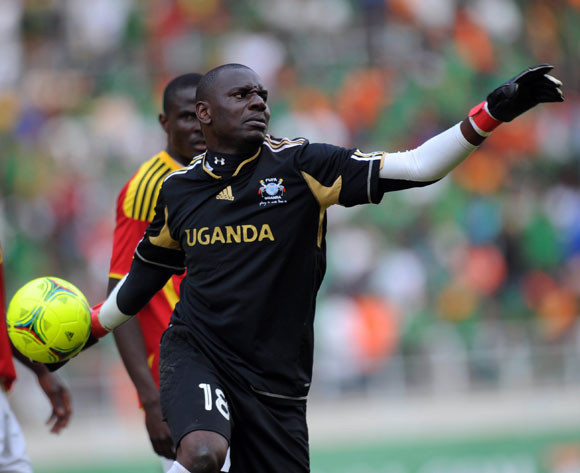 Uganda will face a tricky test at home in their Mandela National Stadium, Namboole, on Saturday against Madagascar in a must-win second leg tie of the 2015 Africa Cup of Nations qualifier.

After losing the first leg 2-1, the regional CECAFA giants need to be at their best to avoid elimination by a team ranked far below them.

“We call upon all fans to come to the stadium in big numbers to cheer the team so that we win comfortably,” coach Milutin ‘Micho’ Sredojevic told AfricanFootball.com.

Sredojevic, whose team has not lost a game at home since he took over last year in March, explained that they will have to look for early goals to kill off the game.

The good news for the home side is the return of University of Pretoria striker Geoffrey Massa and Norwegian-based midfielder Tony Mawejje, who both missed the first leg tie.

Experienced goalkeeper Dennis Onyango who as,o missed the first leg, is expected to start the game.

“We need to play as a team and work hard to make Ugandans proud with a good win,” said Onyango, who features for Bidvest Wits in the South African Premier League.

But the home side will keep their fingers crossed so that skipper Andy Mwesigwa is fit and makes it on time after playing on Wednesday in a league match for his team FC Ordabasy in Kazakhstan.

Madagascar coach Auguste Raux has said they will not underrate the Cranes because every team is strong when playing at home.

“We played the first leg on an artificial turf and playing at their stadium will of course be a different feeling. We shall work hard to get a good result,” added Raux.

The home side will have to watch Fabrice Augio Rakotondraibe and Njiva Rakotoharimala, who both scored in the first leg tie.

The winner of the tie will face the winner between Mauritania and Equatorial Guinea in the last phase of the preliminary round.

Egyptian officials were confirmed to be in charge for the return leg. FIFA referee Mohamed Farouk Mahmoud will be assisted by Ahamed Abou Elela and Ahamed Saha Hasaneen as first and second assistants respectively, while Mohamed Abud Elmenen Hanafy is the game’s fourth official.