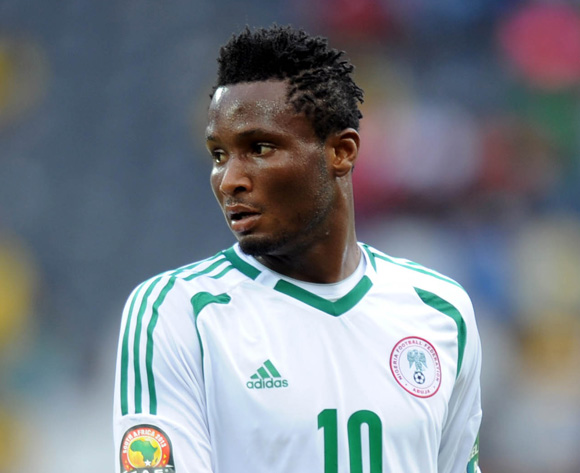 This will be the second clash between the two countries at full international level after Nigeria shaded a friendly 1-0 in Hong Kong in 1998.

Iran are ranked 43rd in the world by FIFA, while Nigeria are a spot behind.

But the Super Eagles are still widely expected to win this game, while they could also pay dearly should they take Team Melli for granted.

It will be two points dropped for the Super Eagles, if this group tie ends in a draw as they face two more difficult games against debutants Bosnia-Herzegovina and Argentina.

Both teams have recorded a mixed bag of results in the lead-up to this match.

Nigeria drew 2-2 with Scotland and 0-0 with Greece, before they lost 2-1 to United States of America.

Team Melli drew 1-1 with Angola and edged Trinidad and Tobago 2-0 after several warm-up games were called off.

This match will be one between Nigeria’s attack led by Fenerbache striker Emmanuel Emenike and the defence of Iran.

Nigeria have lost their last two opening group games in the World Cup – 1-0 to Argentina in 2002 and 2010 – and their last win in the competition was 16 years ago when they pipped Bulgaria 1-0 in Paris.

"We would be wrong to underrate Iran or any team for that matter because there are going to be a lot of shocks and we should do our best not be a victim when playing Iran," Emenike told AfricanFootball.com

"Iran will be difficult, we should expect that, but with right approach, team effort, dedication and a bit of luck, we will go past them, but we have it at the back of our minds that it is going to be tough."

The Fenerbahce hitman added: "This World Cup will produce more goals than ever, we are already seeing the goals coming and some shock results too. It's a wake-up call to us because we need to be equally ruthless."

Eagles defender Efe Ambrose said they are poised to beat Iran as they are not underrating them.

"It is strictly business. We are going for victory, that as what we want and what Nigerians expect from us, we are not taking the game lightly as we are not looking down on them. Every team in Brazil worked hard to be here,” said the Celtic Glasgow ace.

"It is nothing but victory against Iran. We are not underrating them, but we know the importance of winning the first game at a competition like this. We are ready," Ahmed Musa assured.

Cheering news for Nigeria is that Chelsea defender Kenneth Omeruo who has been nursing an ankle injury has returned to full squad training in Brazil and could therefore be in line to start for skipper Joseph Yobo to be consigned to the bench.

And in the absence of injured Monaco defender Elderson Echiejile, Israel-based Juwon Oshaniwa could well start at left back. But he has to be far more convincing than he was against the USA in the team’s last warm-up match in Jacksonsville, Florida.

Brazil 2014 will be Iran’s fourth World Cup appearance after they made their debut at the 1978 World Cup in Argentina.

They also featured at the 1998 and 2006 tournaments and on all three occasions failed to go beyond the first round.

Their only World Cup win was achieved against political adversaries USA when they won 2-1 at the 1998 tournament in France.

For Brazil 2014, they will be led by former Portugal and South Africa coach Carlos Queiroz, who has fortified his team by convincing several players in diaspora to play for their country.

Goalkeeper Daniel Davari, defender Steven Bietarshour as well as forwards Ashkan Dejagah and Reza Ghoochannejhad are some of the players Queiroz has convinced to play for Iran at senior level and not the European countries they were also eligible to play for.

Skipper and defensive midfielder Javad Nekounam is the heart beat of the team in the middle of the park.

He, along with another holding midfielder Andranik Teymourian, will give cover to a defence that is expected to be fully stretched by the Eagles.

They defeated South Korea 1-0 on the final day of the Asian qualifiers to advance to Brazil 2014 as group winners.

The daring winger may not have had the best of times on loan to Liverpool in the English Premier League last season, but he is now expected to play a pivotal role for his country in Brazil. He did same at AFCON 2013.

His pace and trickery could prove to be too much for what is expected to be a packed Iran defence.
Stars to watch(Iran)

The attacking player who plays as a winger creates chances for his fellow forwards.

He played for Germany at U17, U18, U19, U20 and U21 levels before he opted for Iran at senior level. He rejected a call to play for Germany against Israel.

He enjoys the biggest profile on the Iran squad having played for Wolfsburg and Hertha Berlin in Germany and now with English club Fulham.