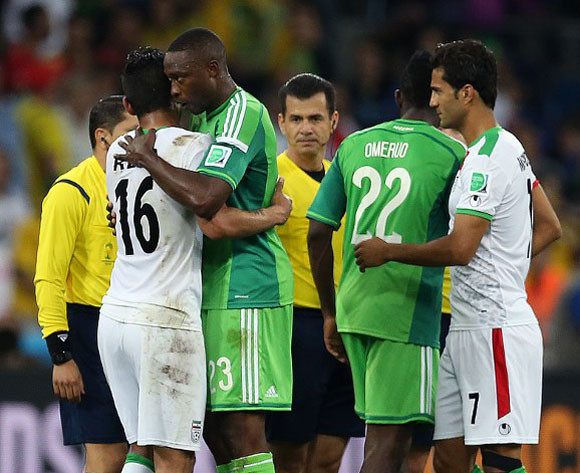 Iran and Nigeria players after Monday's 0-0 at Brazil 2014

Each Iran player was paid a bonus of $3,000 for holding African champions Nigeria to a barren draw in a World Cup group game on Monday.

Team Melli massed their defence and launch the occasional counter to keep the more illustrious Nigerians at bay for all 90 minutes in Curitiba.

According to media reports in Iran, each player got US$3,000 as a token of appreciation from the football federation for the goalless draw with Nigeria.
This bonus will serve as motivation for them as they prepare to face Argentina in their second Group F game.

Nigeria received $5,000-a-man for the draw in Brazil, which is half what they would have got had they won this clash.