Argentina look to up their game 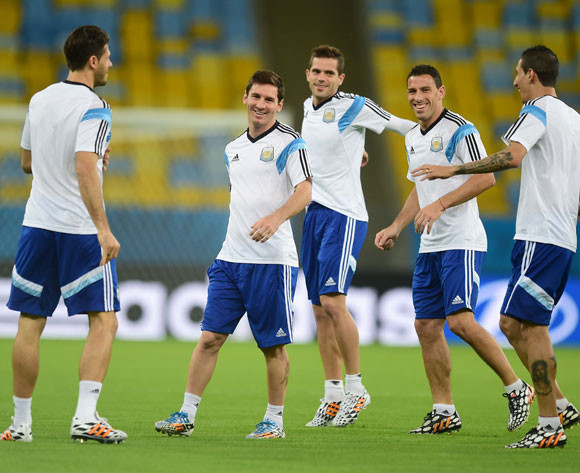 Argentina will be looking for a much improved display when they take on minnows Iran in their second World Cup Group F clash in Belo Horizonte on Saturday.

The South American side rather laboured to a 2-1 victory over Bosnia-Herzegovina in their opener, victory only assured by the mastery of Lionel Messi.

That performance drew stinging criticism from many quarters, a measure of the expectations on this Argentina side at the tournament.

And given the openness of the field, they must certainly feel they have a chance on South American soil, where traditionally sides from outside the continent have struggled.

Iran is the next test, though it should be no real stumbling block. The Middle Eastern nation held Nigeria to a 0-0 draw in their opener – indeed they had the best chance of the game – but that result was more about how poor the Super Eagles were than a test of Iran’s strength.

Argentina have been boosted by the return to fitness of Inter Milan striker Rodrigo Palacio, who missed the opener with an ankle injury.

It is unlikely he will make the starting line-up though, with coach Alejandro Sabella likely to go with a front three of Messi, Sergio Aguero and Gonzalo Higuain.

Messi believes he should play further back, behind a front two, but is unlikely to get his way.

“We are Argentina and I think we need to concentrate on ourselves without fixating on who we are playing,” Messi told reporters. “We feel more comfortable with two up front and me behind because it makes it easier to counter-attack and, because we have more people in attack, we have more possibilities.

“In the first-half [against Bosnia-Herzegovina] I found it difficult to get a hold of the ball and when I did I was very far from goal.

“The truth is when I did have the ball I lost it a number of times and at other times I was playing it backwards. I was annoyed at not being able to play the game I had planned.”

Iran striker Reza Ghoochannejhad had a fine game against Nigeria and was unfortunate not to score, denied by an excellent save from goalkeeper Vincent Enyeama.

He says his side have little to lose and are determined to enjoy their showing on the big stage, no matter what happens.

"We have to enjoy it and follow the coach's instructions to the letter,” he told FIFA. “We've got absolutely nothing to lose in this match. Argentina are among the favourites this year, while the same can't be said for us. All the pressure will be on their shoulders and we will have to show our resilience, like against Nigeria.”

Even a defeat could see Iran into the next stage if they win their final game against Bosnia-Herzegovina, but Ghoochannejhad says they are not thinking that far ahead.

"This is the World Cup and that's no way to approach things; [right now] the most important match is the Argentina game. We have to try to get a good result before we can talk about qualification."