Keshi says he is unaware of Victor Moses 'injury' 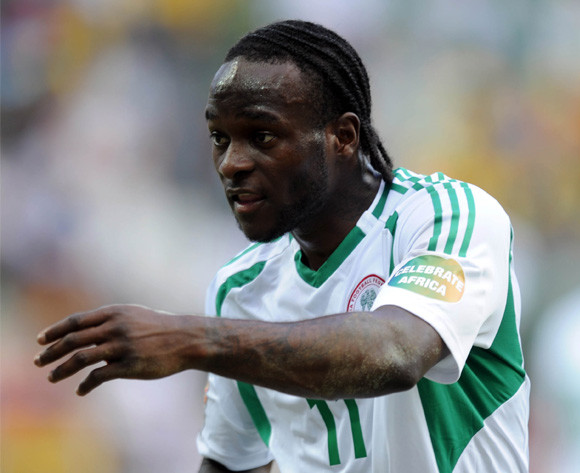 Nigeria coach Stephen Keshi has said he is not aware Chelsea winger Victor Moses was injured before the match against Bosnia-Herzegovina.

“I am not aware that Moses has any injury problem,” Keshi answered when he was asked about the fitness of the player.

Victor Moses himself had tweeted that he suffered a “small niggle”, but hopes to be back in time for Wednesday’s final World Cup Group F match against Argentina in Porto Alegre.

Ukraine-based Babatunde Michael was picked ahead of Victor Moses for the Bosnia match and when he was later replace, it was Ejike Uzoenyi who was brought on.

Keshi said he needed fighters for the Bosnia match and Moses was not coming back to help the defence.

The Eagles coach had also hurled off the player during the final World Cup playoff against Ethiopia in Calabar for playing to the gallery.

He further said the Chelsea ace could return for the match against Argentina “if he continues to work hard”.

The media is here again. When did Keshi say this?