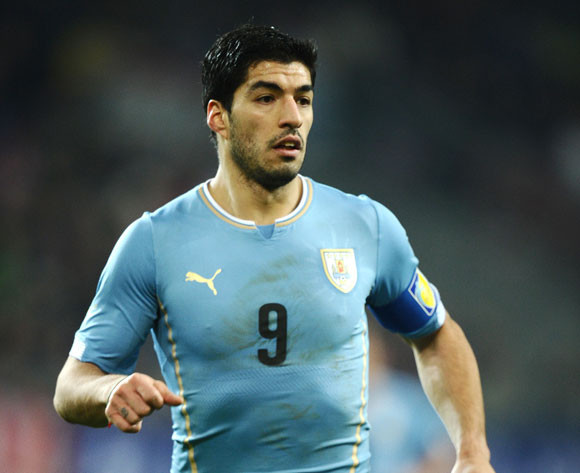 Luis Suarez’s lawyer, Alejandro Balbi, has come to the defence of the Uruguayan striker and at the same time has threatened the host nation Brazil.

FIFA has opened disciplinary proceedings against Suarez after he appeared to bite Italy defender Giorgio Chiellini during Uruguay's 1-0 World Cup win on Tuesday, but much like his client Balbi has played down the incident.

“We don't have any doubts that this has happened because it's Suarez and secondly because Italy was eliminated,” said Balbi.

“There's a lot of pressure from England and Italy. We're polishing off a defence argument.

“There is a possibility that they ban him, because there are precedents, but we're convinced that it was an absolutely casual play, because if Chiellini can show a scratch on one shoulder, Suarez can show a bruised and almost shut eye.

“If every player starts showing the injuries he suffers and they open inquiries for them, everything will be way too complicated in the future. We're going to use all the arguments possible so that Luis gets out in the best possible way.”

Balbi, who is also a Uruguay FA board member, did not stop at that and threatened the host nation by saying they could make life difficult for Brazil in the future.

“You shouldn't forget that we're rivals of many and we can be for the organiser (hosts Brazil) in the future,” added Balbi.

“This does not go against what might have happened, but there's no doubt that Suarez is a rock in the shoe for many.”

Suarez has already suffered two separate bans for biting, once in Amsterdam and then also in England while playing for Liverpool.