Take-no-prisoners clash between France and Nigeria 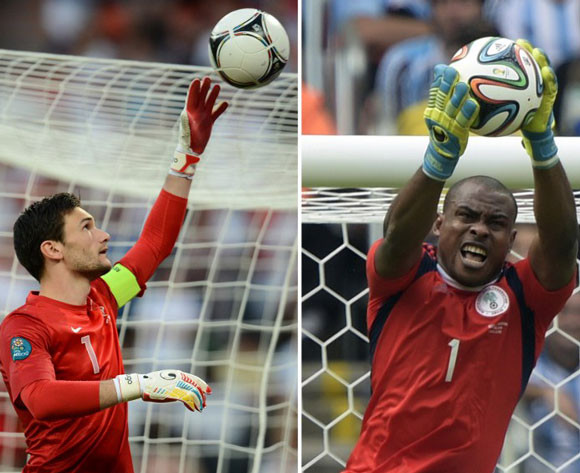 France and Nigeria will battle for a spot in the quarterfinals of the FIFA World Cup Brazil 2014 in Brasilia on Monday (Kick-off at 18h00 CAT).

The Super Eagles have booked their third appearance at the knockout stage of the tournament with a second place finish in their Group F behind Argentina.

After a disappointing goalless draw against Iran in their opening game, Nigeria unleashed their attacking strength with a 1-0 victory over Bosnia-Herzegovina followed by an honourable 2-3 defeat to Messi and his teammates.

And to seal a historic qualification for the quarterfinals of the competition, coach Stephen Keshi will once again rely on his power upfront, carried by in-form duo Emmanuel Emenike and Ahmed Musa, while tightening a few screws in his backline which got away with murder on a few occasions thanks to star keeper Vincent Enyeama.

Hit by a dispute over bonuses last Thursday, the Nigerian camp have now settled with all eyes on their crucial encounter at the Estadio Nacional, one they believe they can win.

“We are here at the highest stage of football to do our best. We did well against Argentina, one of the tournament favourites, and we can do better against France in the next round,” Eagles skipper Joseph Yobo has warned.

“We will do our best to win, but we have nothing to lose. Many have not given us a chance, but we will do it.”

Meanwhile, France secured their presence in the round of 16 by topping their Group E ahead of Switzerland.

Coach Didier Deschamps’ men scooped two back-to-back convincing victories over Honduras and Switzerland, before being held by Ecuador with a much reshuffled squad.

But just like ‘Big Boss’ Keshi, Deschamps will have to lift their defensive game as they enter the unforgiving home stretch of the showpiece event, especially as their clear ambition is to go all the way to the Maracana.

“Our objective is to win the World Cup, otherwise there is no point in competing,” midfielder Morgan Schneiderlin said in a press conference.

“Between the staff and the players, we believe that there is something great to be achieved.”