Di Maria out for Netherlands clash 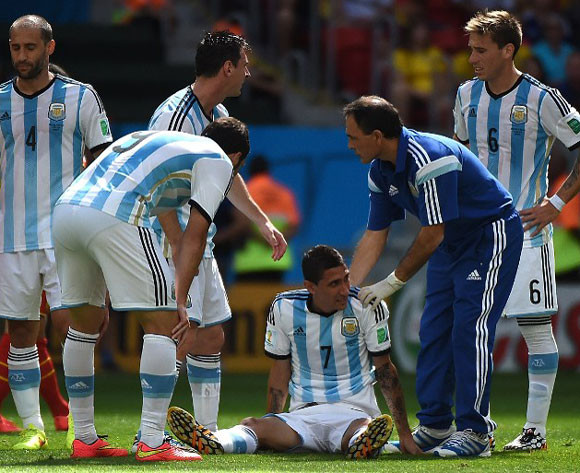 The Argentinian Football Association has confirmed that Angel Di Maria will miss their FIFA World Cup semifinal against the Netherlands in Sao Paulo on Wednesday.

The Real Madrid winger suffered a thigh injury in their quarterfinal against Belgium on Saturday.

“The medical tests he underwent on the weekend revealed that the midfielder has suffered a muscle tear in his right thigh. He will not be available for the semifinal clash and we will continue to evaluate his condition every day,” the national team’s doctor, Daniel Martinez, stated on AFA’s official site.

Argentina are still hoping that Di Maria will be fit enough to play in the final of the competition should they qualify.

Other star players to miss out on the semifinals are Brazilian pair Thiago Silva, suspended, and Neymar, injured and out for the rest of the competition.