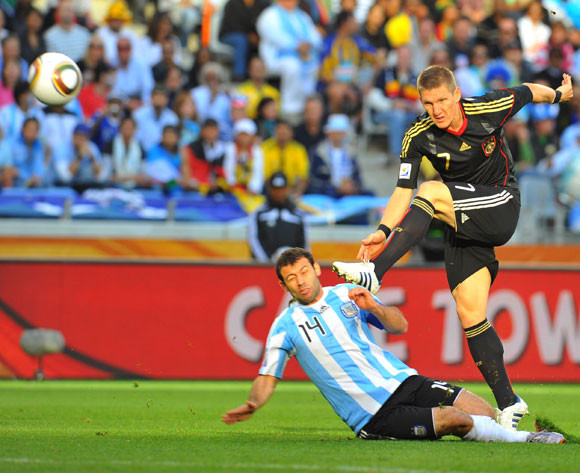 Germany and Argentina will renew one of the World Cup’s great rivalries when they meet in the 2014 final at the Maracana in Rio de Janeiro on Sunday night, kick-off 21h00 CAT.

The teams have met no less than six times in the World Cup, and Sunday night’s showdown will be the third final in which they have crossed swords.

The first, in 1986 in Mexico, saw Argentina claim a 3-2 win in a match remembered as one of the best World Cup finals. Four years later in Italy, Germany claimed revenge with a 1-0 triumph. In each case, it marked the last time that the respective team lifted the World Cup trophy.

The other four World Cup meetings have seen two German wins and two draws (one of which went to penalties and was won by the Europeans). The teams met in the quarterfinals of the 2010 tournament in South Africa and the ‘Mannschaft’ crushed Argentina 4-0 in Cape Town.

Given the way Germany crushed Brazil 7-1 in Tuesday’s semifinal, Joachim Low’s side come into the Maracana final as favourites, a sentiment shared by Argentina coach Alejandro Sabella after overseeing his side’s penalty shootout victory over the Netherlands on Wednesday.

"Some of our players are sore, beaten, tired - the results of a war, so to speak," said Sabella. "We have a final to play, with one day less to prepare and against a team like Germany, but with work, humility and seriousness, we'll do all we can to make it all the way to the top.”

The coach added, "Germany throughout their entire history have always shown physical might, tactical, mental prowess, and have always had players with a certain South American touch.

"The match is extremely difficult and I repeat the fact they haven't played extra time and we've played two, and played one day after Germany. Germany is always a very difficult hurdle to overcome.

"We'll see if it's a minor issue, the fact we played after and the Germany game was decided in the first 45 minutes, so they could ease off in the second half, whereas we had to spend all the effort, and every last drop of sweat to reach the World Cup final."

Germany striker Miroslav Klose, whose single strike in the win over Brazil took him to a record 16 World Cup goals, ominously said his side has “an even bigger objective”, while coach Low highlighted his team’s assets: “What pleased me was that we played to our strengths, that we were focused at the back, quick on the break and that the team believed they could win this match.”

Argentina should prove far tougher to break down than the Brazilian defence that went to pieces in the semifinals, but they will also need Lionel Messi to rediscover his scoring touch from early in the tournament if they are to offer a genuine threat to Germany’s backline and the excellent Manuel Neuer.