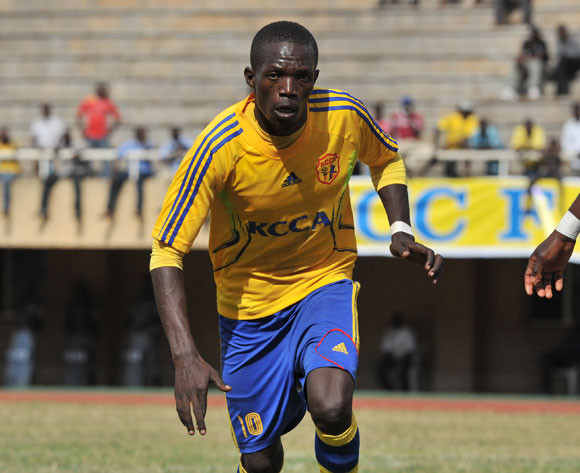 “I am so happy that we have reached a two year deal with the Zambian league Champions and I am meant to travel there today Saturday to join the team,” Odur told AfricanFootball.com.

Insiders at KCCA FC said the player whsoe contract had expired requested for US$20,000 to renew his contract, but management of the club refused. “There is nothing much we can do if Odur has joined another club because this happens in football worldwide,” said Club Secretary David Tamale when contacted.

Odur who has been unlucky with the national team scored 15 League goals last season and managed three goals in the CAF Champions League including one against Nkana FC. Odur, the most consistent goal grabber in the Uganda League in the last two seasons also attracted attention of Sudanese League champions El merreikh early this year after he netted goals than dumped them in the preliminary round of the CAf Champions League.

Last month KCCA FC’s first choice goalkeeper Jamal Salim Magoola also signed for El merreikh. However, the Ugandan Champions who will start the new season by taking part in the 2014 Cecafa Kagame Cup in Rwanda are also busy in the transfer market looking for players.

“We are not worried about the players who want to leave, but we shall also announce our new recruits sometim next week,” said Tamale.