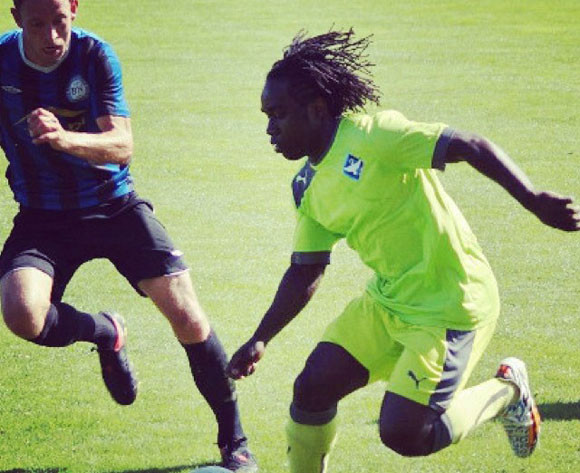 Ugandan striker Daniel Sserunkuma, a target for former South African champions Kaizer Chiefs, is yet to score a goal in his on-going trials in Germany.

The Cranes forward, who opted to have trials with Denmark’s HB Koge during their camp in Germany, has featured in three games but is still waiting to get his name on the score sheet.

Ken Joseph, Sserunkuma’s British-born agent, confirmed to AfricanFootball.com that the trials will climax on July 24th after which the team will decide if they are to sign the striker or not.

The Ugandan, a 2012/2013 Kenya Premier League player of the year, last month said he was ready to play in the South African league if his agent decided so.

Besides Sserunkuma, FC Koge’s coach Henrik Pedersen has been looking at other players such as Brazilian offensive player Bruno Sabino, Emil Erba and  Mikkel Luimes (both FC Zealand), Kristian Pedersen (Ringsted IF) and Frederik Hansen.

Apart from Tony Mawejje, who plays in Norway, and Martin Mutumba in Turkey, Uganda’s other players to feature for teams in Europe include David Obua (Scotland), Ibrahim Sekagya (Austria) and the late Majid Musisi (France).