Odur is Cup tied for Nkana 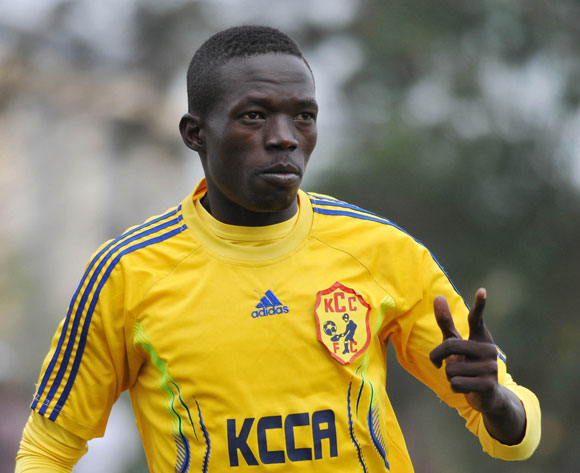 The Ugandan striker has joined Nkana on a one-year deal from FUFA League champions KCCA.

Odur arrived in Zambia on July 21 and is  expected to be unveiled later on Monday to his new team mates at training in Kitwe.

Nkana chairperson John Chiwele told AfricanFootball.com that Odur was ineligible for their African campaign because he is Cup tied.

"No , he won't play, because he played for KCCA," Chiwele said.

"We have got him to reinforce our title defence ambitions."

Odur played for KCCA against Nkana in the first round of the 2014 CAF Champions League, scoring a goal in a 2-2 first leg match on March 1 at Arthur Davies Stadium in Kitwe.

Nkana were relegated to the Confederation Cup following their second round elimination from the Champions League at the hands of Egyptian club Zamalek.

Meanwhile, Nkana host Etoile du Sahel of Tunisia this Saturday in a CAF Confederation Cup Group B match in Kitwe.

Nkana are bottom of Group B with one point, four behind second placed Etoile and leaders Al Ahly of Egypt.

Sewe Sport of Cote d'Ivoire are third on three points heading into this weekends match-day-day four.