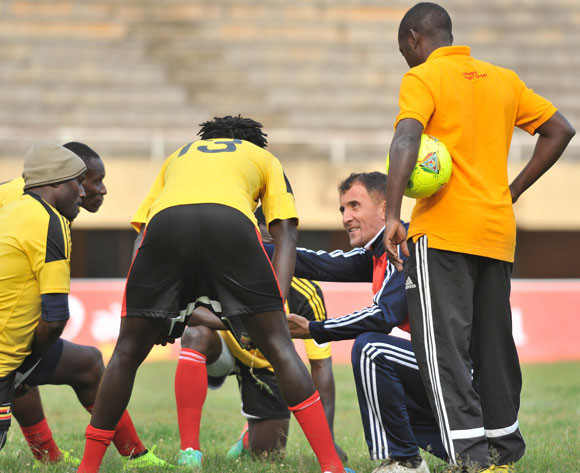 Uganda Cranes have abandoned plans to have a training camp in the Senegalese capital Dakar because of a lack of funds.

Moses Magogo, the Uganda FA President, told AfricanFootball.com that although they had planned for the team to camp in Dakar so that all the other professional players fly straight there, they simply do not have the funds to organise the event.

The FA President, who has called on the government to come and rescue the national team, said they could not afford over US$60,000 to pay for the training camp in Dakar. “We cannot take the team there because we do not have the money,” he added.

However, he stressed that although they are financially struggling, since they have to divert money for development to cater for the national team, they have no alternative but to try all avenues to enable the team to travel.

The Cranes, who resumed training on Tuesday, are expected to enter residential camp tomorrow. Head coach Milutin ‘Micho’ Sredojevic later said their chances of having one friendly match before traveling may not be possible.

He explained that one of the teams had wanted to have a stopover in Uganda and play a game, but the FA does not have the financial muscle to cater for some of the costs. He said he expects his two South African-based professionals, Geoffrey Massa and goalkeeper Dennis Onyango, to arrive around Tuesday together with Vietnam-based Moses Oloya.

Uganda Cranes need a win, a draw or a loss of 1-0 to qualify for the next stage. If the Cranes see off Mauritania, they will join the Black Stars of Ghana, Togo and Guinea in the group phase.